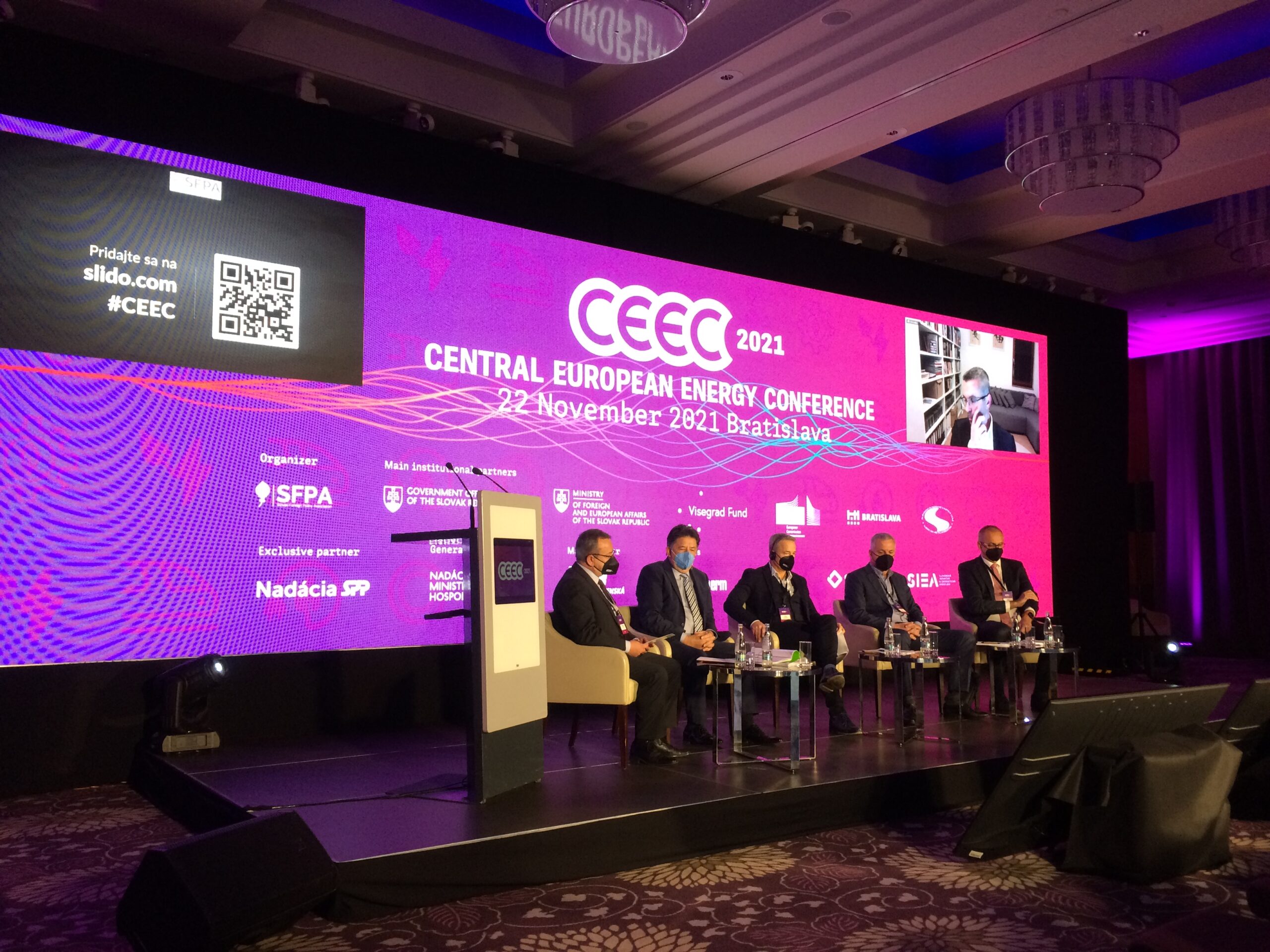 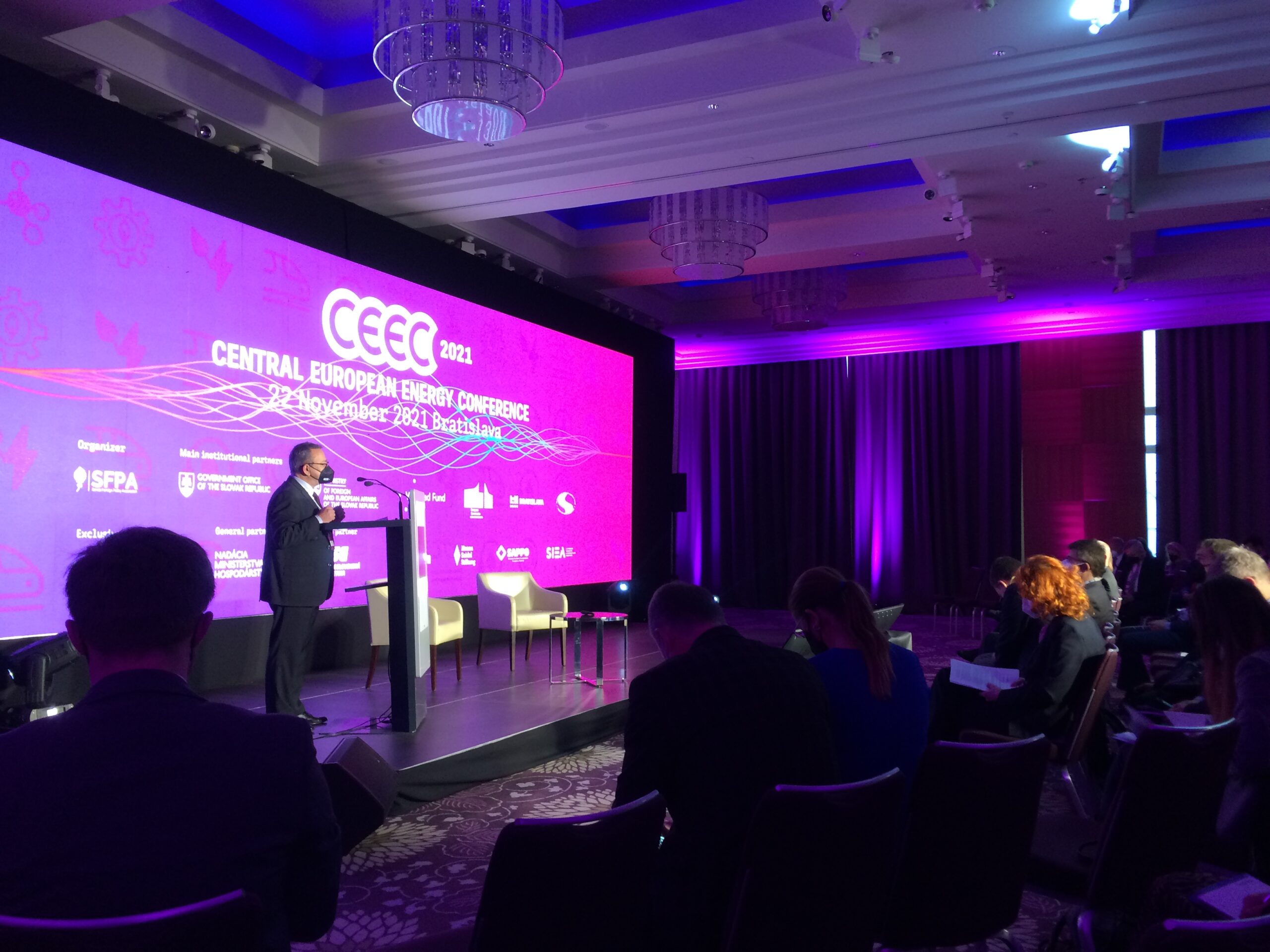 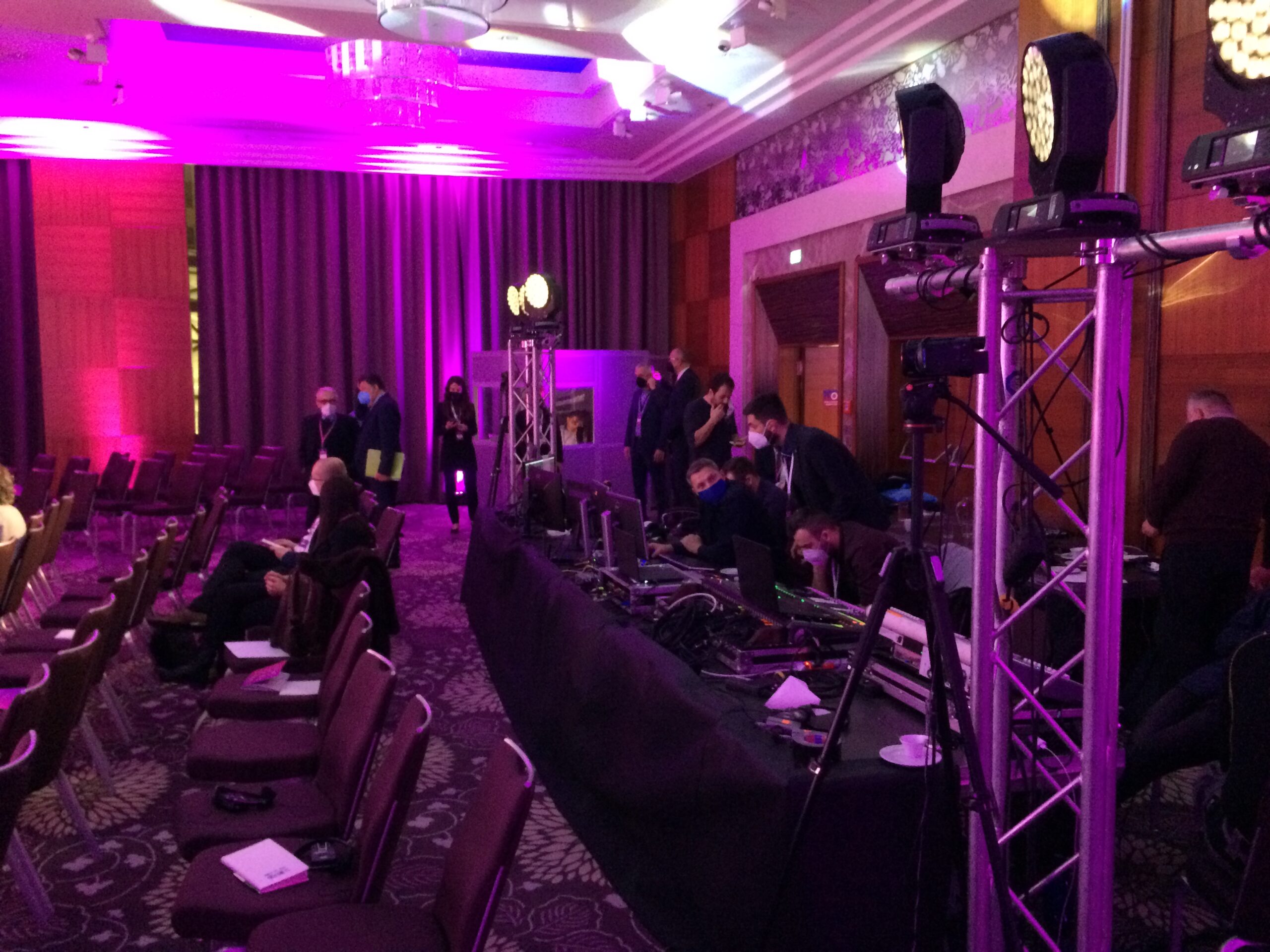 On November 22, 2021, Bratislava hosted an important annual international event in the field of energy, the Central European Energy Conference 2021 (CEEC2021), organized by the Slovak Foreign Policy Association (SFPA) in cooperation with the Ministry of Foreign Affairs, the Ministry of Economy and the Office of the Prime Minister of the Slovak Republic.

Representatives of the European Commission, the governments of the Slovak Republic, the Czech Republic, Hungary and Poland, expert organizations and energy companies in the region discussed post-crisis economic recovery, energy transition (decarbonization, digitalization, decentralization) and energy security in the Central and Eastern Europe (CEE).

An influential factor in further development of the situation in the European gas industry, which may determine its medium-term prospects, is the position of EU governing bodies on the role of natural gas as a transitional fuel in the decarbonisation of the economy. A new EU directive on the rules of the European gas market and conditions for access to gas transmission networks is expected to be published on December 14, 2021, which according to available information, will meet the interests of lobbyists and major players in the natural gas industry and will allow maintaining the existing business-model along with its “landscaping” through the wider use of low-carbon hydrogen and renewable gases (biogas, biomethane).

Assessment of the potential of the biogas industry suggests that its production can grow 20 times and replace up to 20% of global demand for natural gas. At the same time, only 0.5% of current hydrogen production comes from low-carbon sources, which is up to 0.03% of world natural gas production. Thus, in the context of decarbonization, the potential of the renewable gas industry, according to experts of the organization, far outweighs the prospects of  use of hydrogen.

According to the conference participants, in the future it is possible to revise the relevant provisions of the legislation Sustainable finance taxonomy – Regulation (EU) 2020/852 in favor of preserving the role of natural gas as a transition fuel in the EU Green Deal strategy and ensuring EU carbon neutrality until 2050. If a compromise is reached between France and the new German government, which advocates for maintaining the role of natural gas as a transitional fuel until 2045, the nuclear energy can be possibly included in the taxonomy of EU investment. 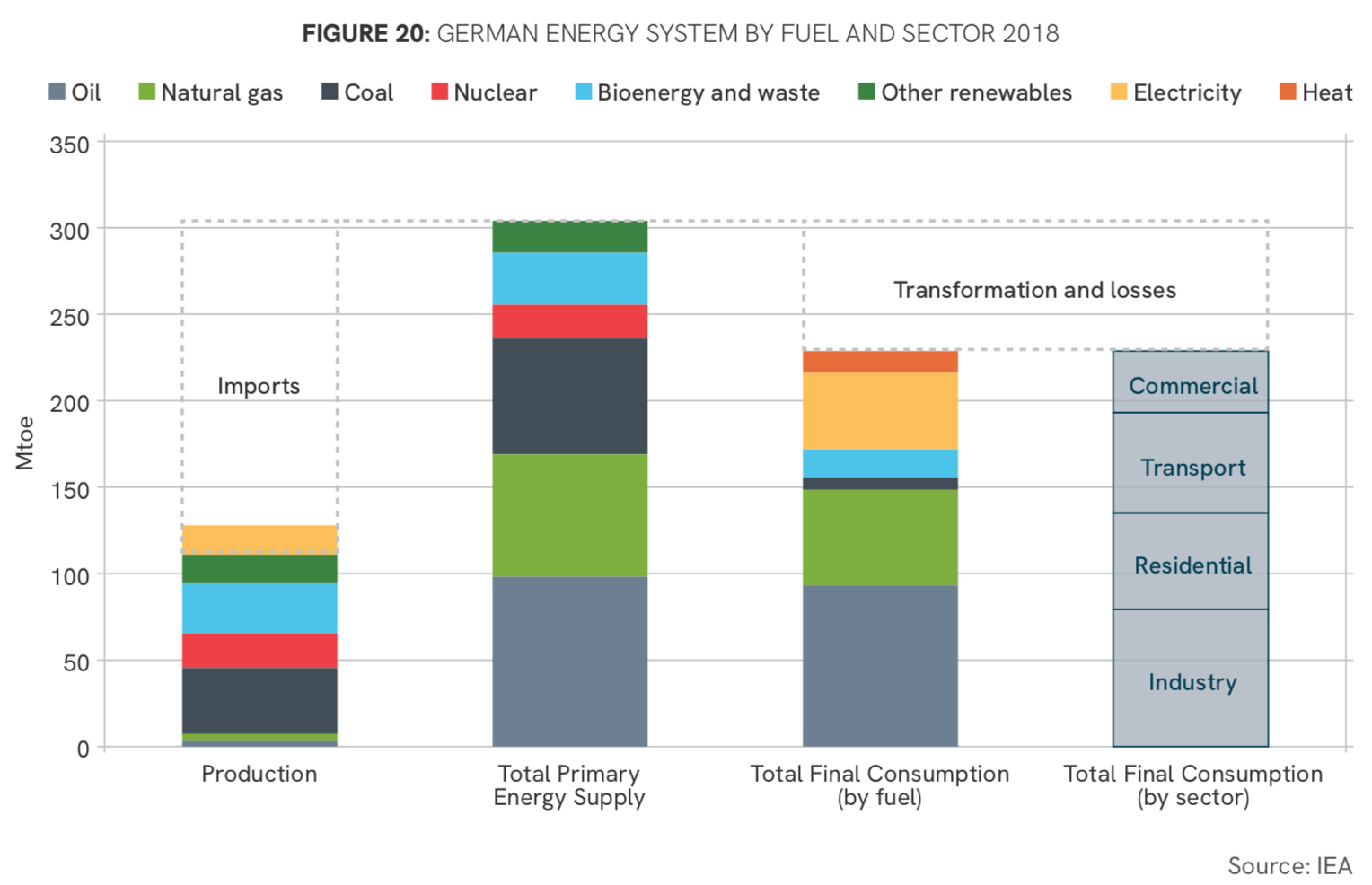 According to the Government Commissioner for Energy, Secretary of State of the Ministry of Economy of the Slovak Republic Karol Galek, one of the leaders of the liberal political parties Sloboda a Solidarita (SaS), the Slovak side is interested in including both natural gas and nuclear energy, which is the basis of the Slovak energy system (see more in our project “SLOVAK ENERGY MARKET STAKEHOLDERS. Focus on electricity production”) in the EU investment taxonomy.

According to the representative of the Slovak government, it is optimal for the Slovak side to achieve the goals of decarbonization, in particular the cessation of fossil fuels, in two stages:

Given that the share of coal fuel among primary energy sources is significant and meets at least a quarter of total energy needs, natural gas, replacing thermal coal, has the greatest potential for growth in the energy mix of European countries. 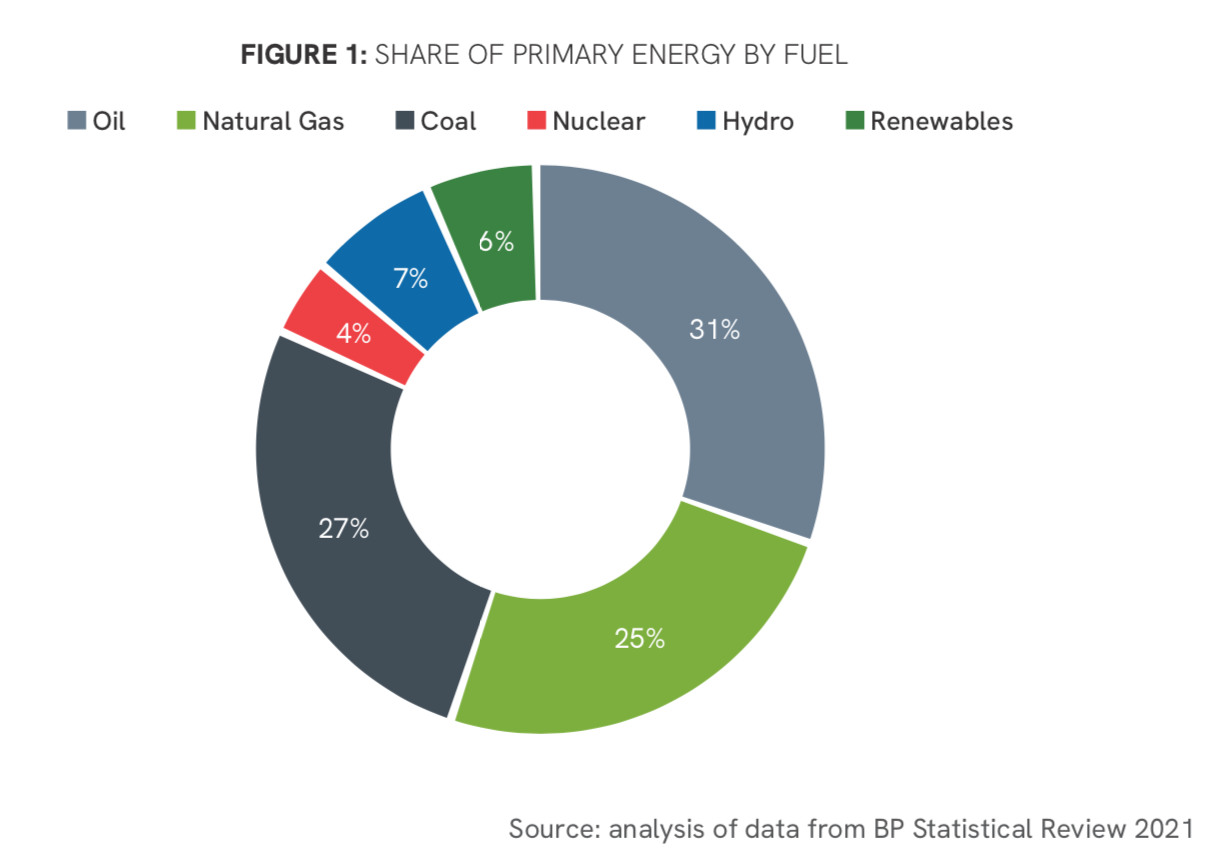 It should be noted that representatives of all member countries of the Visegrad Group continue to demonstrate a common position on the need to include both natural gas and nuclear energy in the taxonomy of EU investment. In particular, the following position was expressed by the Minister of Innovation and Technology of Hungary Láslzo Pálkovics, the Chairman of the Board and the General Director of the GTS operator of Hungary FGSZ Zrt. Szabolcs I. Ferencz, the Minister of Climate and Environment of Poland Anna Moskwa, the Secretary of State for Industry and Trade of the Czech Republic Marian Piecha.

Analyzing the state of the CEE gas market, the participants of the conference pointed out that in the medium term the cessation of Russian gas transit through Ukraine will not pose a threat to the region’s energy security, but may only cause logistical difficulties in ensuring the necessary liquidity of the regional gas market. According to the experts, the declining importance of Ukraine as the main transit country for Russian natural gas may lead to an increase in the transit role of the Visegrad Group countries due to the reorientation of the topology in favor of North-South gas routes and diversification of supply sources.

In the period of 2022-2023, CEE gas market participants may have the following access: through the GTS of Slovakia, Poland and the Baltic Pipeline to the Norwegian natural gas market; to the global LNG market through the Polish terminal Swinoujscie, the Croatian terminal Krk (via the CEGH gas hub in Baumgarten, Austria), the Greek terminal Alexandroupolis (via the GTS of Hungary, Serbia and Bulgaria, IGB interconnector); potential access to TANAP-TAP project resources (Azerbaijani gas). 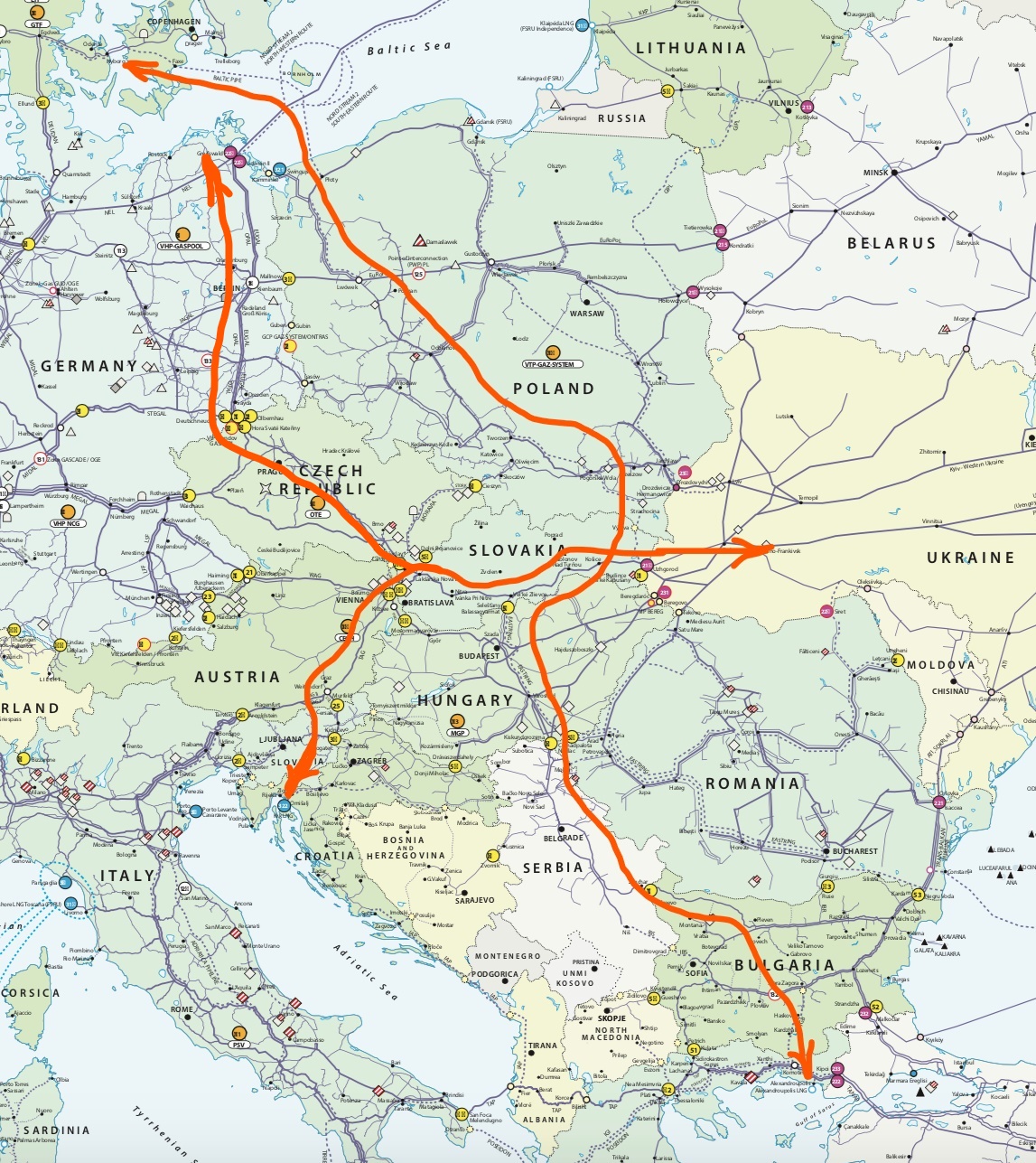 Implementation of such a scenario, even if the required level of interconnectedness is achieved and the construction of PL-SK and IGB interconnectors is successfully completed, will require further liberalization of gas markets in the CEE region, primarily Bulgaria and Serbia, introduction of the market target model, rules and procedures for the functioning and exchange trading. This could increase gas prices in the region to the level of spot prices for Western European gas hubs and world LNG prices and require the governments of V4 (primarily Slovakia and Hungary) to make a political decision to revise the policy of subsidizing low gas prices for the population.

The expansion of existing connections and the emergence of new gas supply routes in CEE are changing the transit value of individual countries. With the opening of the Turkish Stream and the minimization of Russian gas exports through the Trans-Balkan Pipeline, Romania’s role in transit has diminished and gas transit from Russia through Hungary is declining. On the other hand, the important role of Bulgaria in regional gas transportation, although currently smaller than in previous years, remains.

Changes in the directions and routes of gas flows also affect international cooperation between the countries of the wider region of South-Eastern Europe. Along with the decline in transit, Ukraine’s importance may decline, and the role of Turkey, Greece and Bulgaria, according to experts, will increase. At the same time, with the opening of access to the Trans-Balkan Gas Pipeline due to the completion of capacity reservations for Gazprom, for new suppliers and sources, new options for cross-border cooperation are emerging, including Ukraine’s gas imports through the Balkans from Greece, in particular, through the Alexandroupolis LNG terminal from 2023.

The natural gas market is undergoing structural changes and there is no prospect of returning to low rates, which were in 2019-2020. The sharp rise in prices, according to the expert, is due to deeper liberalization of the European market, where in 2020 about 80% of gas supplies was sold at spot prices.

In the long run, consistently high gas prices may be a problem in EU countries where natural gas was supposed to play a key role in the energy transition, especially after the closure of the coal industry. This situation will hamper investment in new infrastructure and gas production, which has already been hampered by increasing access to EU funding. According to the representative of the gas industry of the Slovak Republic, high gas prices may not accelerate work on new decarbonisation technologies, as the European Commission hopes, but will have the opposite effect and call into question the current EU energy and climate policy. In addition, the use of nuclear energy may become more attractive.

Among the main long-term challenges (until 2045-2050) of the European gas industry, the participants noted the following: