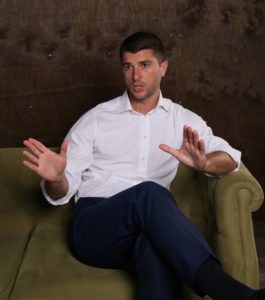 The applicants argued that Ukrainian Law No. 1540, which defines the legal status of the National Energy and Utilities Regulatory Commission (hereinafter referred to as NEURC), its objectives, functions, powers and the procedure of their implementation, violates the constitutional principles of separation of powers.

The Court concluded that the formation of a permanent independent state collegial body, which by its functionality, sphere of activity and powers has the characteristics of a central body of executive power (in particular, it forms and implements pricing and tariff policies in the field of energy and public utilities; participates in formation and implementation of state policy in the field of heat supply, centralized water supply and central sewerage; approves a typical agreement on the supply and distribution of natural gas) but is not subordinate  to the Cabinet of Ministers of Ukraine and is not a part of the system of bodies of executive power, which  does not comply with the Constitution of Ukraine.

These norms will cease to be effective from December 31, 2019, since the recognition of these norms being unconstitutional will cause substantial legal gaps in the legislation regarding the organization of the activity of the Commission, which may undermine its functioning and implementation of its tasks of state regulation in the energy and public utilities sector.

Therefore, the Constitutional Court of Ukraine found it necessary to delay the expiry of these provisions in order to bring the legislation into conformity with the requirements of the Constitution of Ukraine. 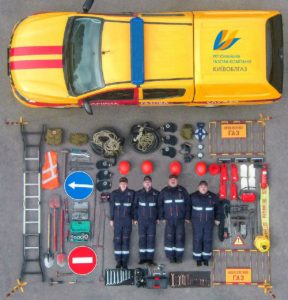 It is a car of the emergency dispatching service of JSC “Kyivoblgaz” with all the special equipment, driver Sergey, master Alexander and two locksmiths Yuri and Sergey. It is these teams that work around the clock on the calls, they are the ones that localize accidents and eliminate gas leaks.

At the same time, four years in a row gas distribution network operators have required the NEURC to revise the tariff for natural gas distribution and to bring it to a cost-effective basis. On October 8, 2019, this issue started to be resolved. NEURC approved a new methodology for calculating gas supply tariffs for gas distribution network operators and approved the draft tariffs at its meeting. The transparent approach of formation of the cost is based on the capacity ordered by the consumer and will not depend on volumes of consumption.

The new methodology stipulates that the payment for gas supply will be made in equal monthly installments. This will make the payment simple and predictable, as well as reduce the financial burden on the consumer in winter, as the consumer will make equal payments throughout the year. It should be noted that the formation of tariffs on the basis of capacity is provided by the Law of Ukraine “On the Natural Gas Market”. Similar approaches to the payment of gas transportation are already applied at the market, for instance, by the state operator of gas transportation system “Ukrtransgaz”.

The new tariff model will complete the process of separating the distribution service from the sale of gas itself as a commodity. The relevant steps are envisaged by the Law of Ukraine “On the Natural Gas Market” and are a part of the Third Energy Package of the European Commission, which Ukraine has committed to comply with in the framework of the implementation of the EU-Ukraine Association Agreement. The consumer will see how much he pays for the gas itself and for its delivery and will affect his expenses.

Equal payments throughout the year will allow gas distribution network operators to obtain the resource they need to maintain and modernize their networks. In turn, this will increase the safety and uninterrupted distribution of natural gas.

With the adoption of the new methodology, there will be an opportunity to direct funds for raising salaries for employees of gas companies. Once the tariffs have been approved, the employees of gas distribution network operators will be able to receive a salary of about UAH 13,500 per month, which amounts to the average salary in the industry.

At the same time, NEURC did not provide for up-to-date compensation for losses of gas distribution companies in the proposed tariffs. Last year alone, they suffered losses of more than UAH 4,5 billion. With the proposed rates of funding, losses will be compensated within more than 20 years.

And here is the question. Does the aforementioned decision of the Constitutional Court of Ukraine not interfere with the approval of the long-awaited tariff for gas distribution network operators, since in early 2020 a new law on the NEURC should be adopted and a new composition of the Commission should be formed accordingly. One thing is for sure, the employees of gas distribution industry need more tha n ever a fair tariff, otherwise next year we won’t be able to reach 104, as there won’t be anyone to reply.