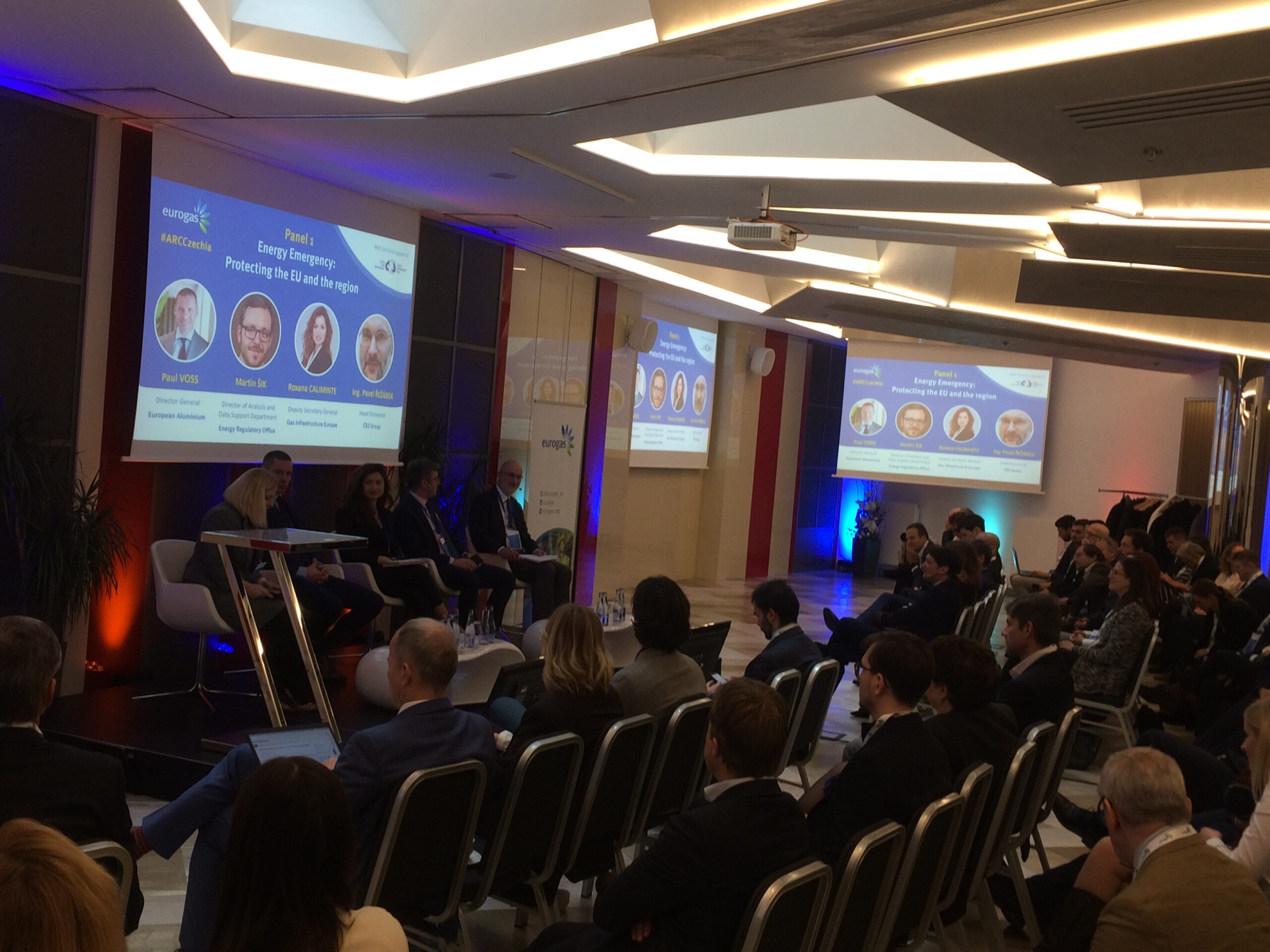 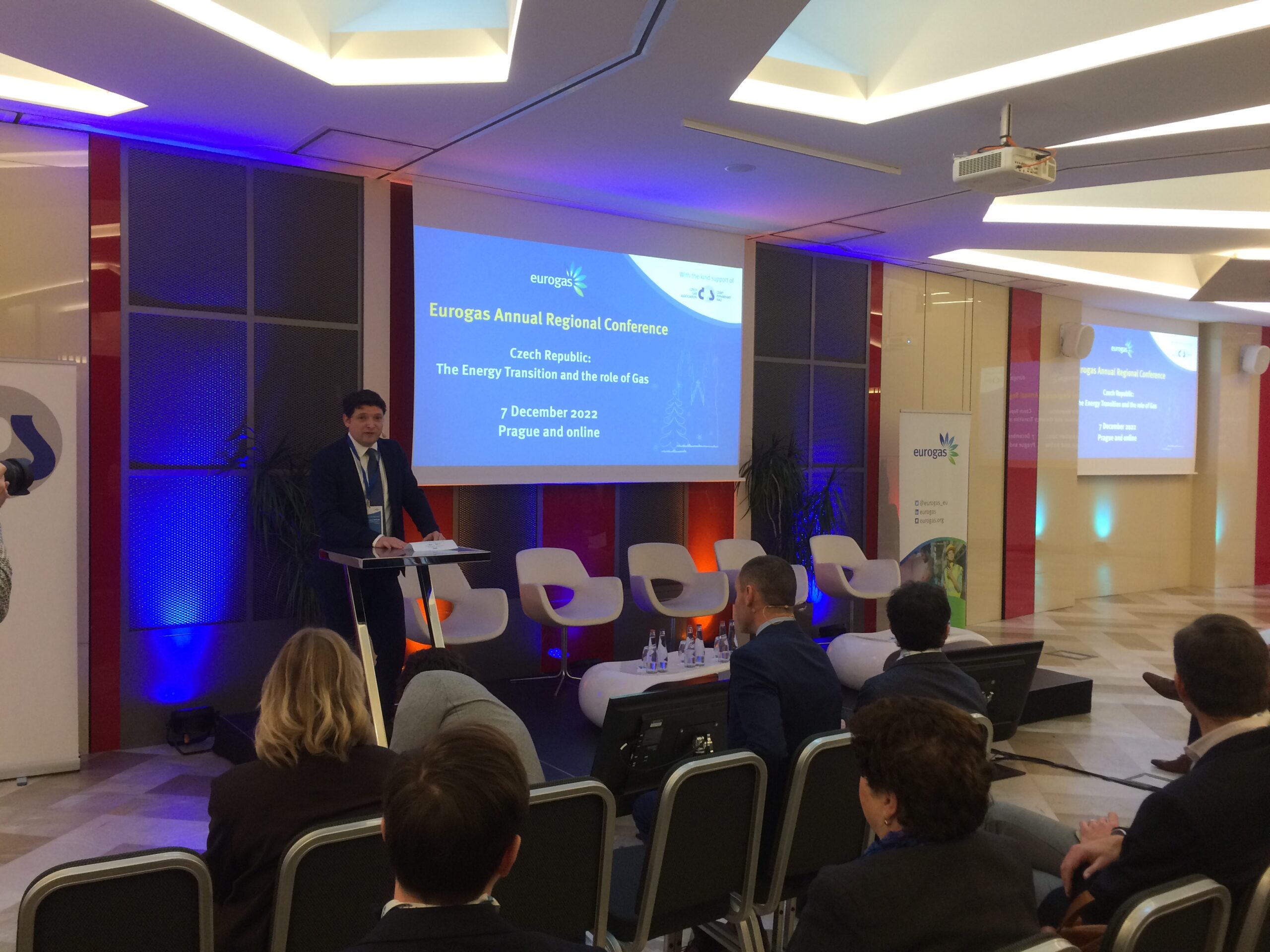 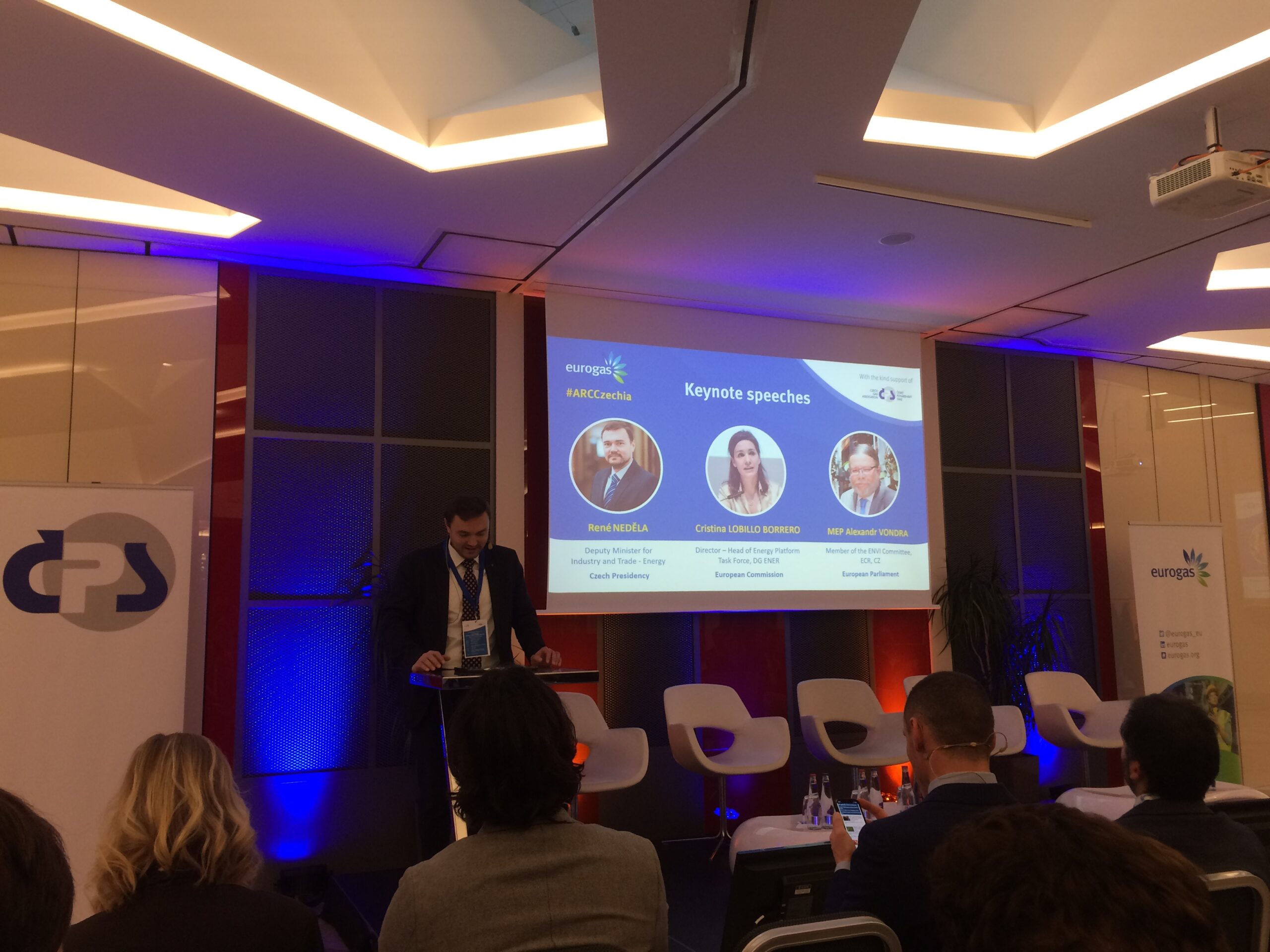 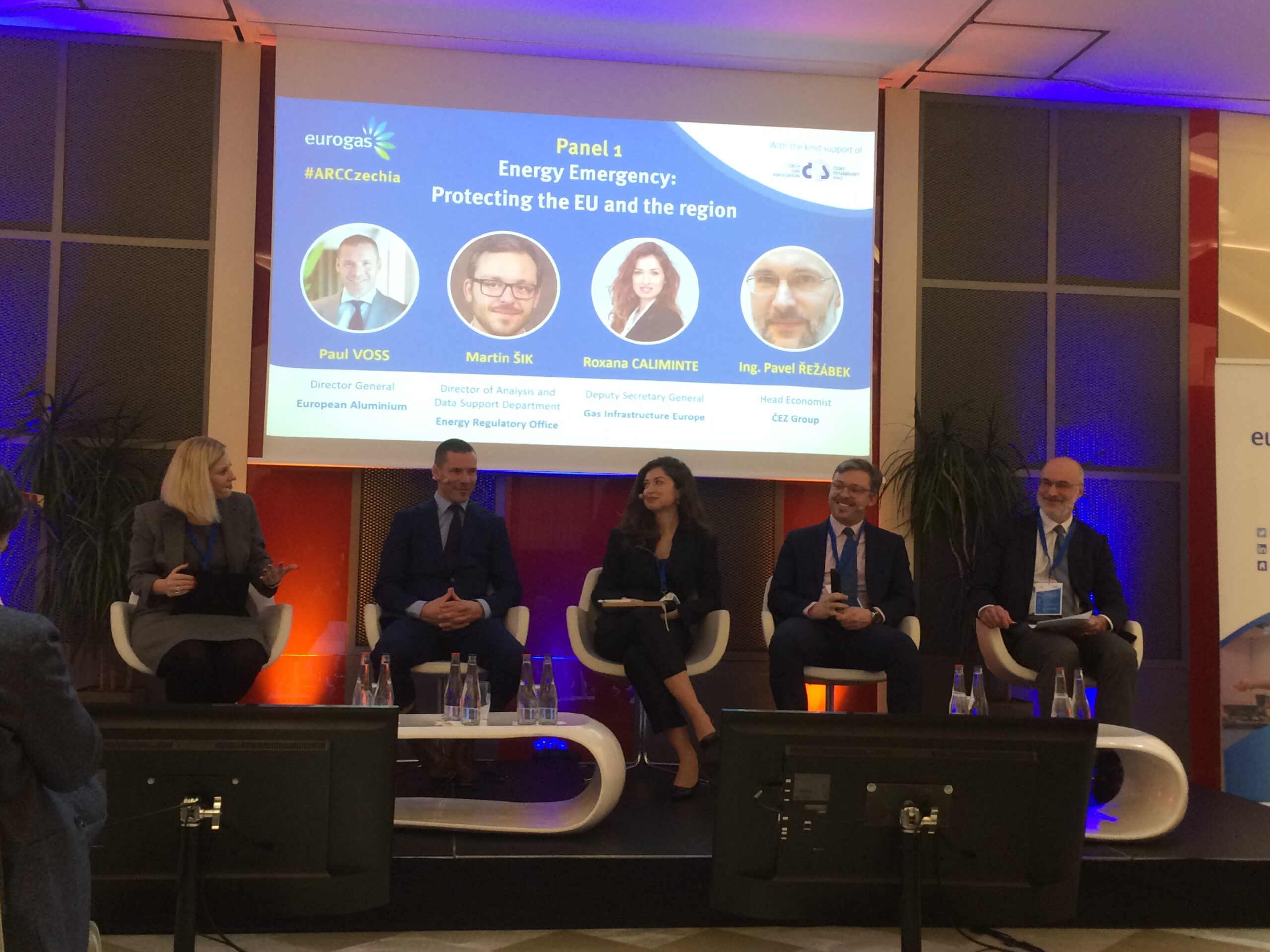 Competition on the regional EU natural gas market is growing

The main topics of the international event of the Eurogas professional association – the conference “Czech Republic: The Energy Transition and the Role of Gas”, which took place on December 7, 2022 in Prague, were overcoming the deficit of the gas market in Central and Eastern Europe (CEE) and using opportunities, arising in the conditions of the gas supply crisis.

The influential professional association Eurogas, founded in 1990, lobbies the interests of 63 companies of the European gas sector from 24 countries in EU government institutions, and also conducts analytical work on the functioning and development of the European gas market. The main office of the organization is located in Brussels at the address Rue d’Arlon 80, 1040 Brussels, Belgium.

According to the event participants:

1) The acute phase of the current energy crisis is expected to last until 2026, and the gradual stabilization of the European gas markets (price normalization, supply/demand balancing) is associated with:

implementation of the EU Energy Platform concept and the mechanism of accumulation of needs and joint purchasing of gas (gas demand aggregation and joint purchasing). This mechanism provides for the participation of global gas market players (with the exception of the Russian Federation) in unified tenders for the supply of energy resources in the interests of the EU. The start of operation of the system is expected in the first quarter of 2023, and its primary goal is to acquire up to 45 billion cubic meters of natural gas, to meet the deficit on the European gas market and to ensure the fulfillment of the norm of filling the EU underground gas storages before the winter period of 2023-2024;

expansion of supply opportunities and implementation of the necessary regulatory mechanisms within the EU.

2) The probability of a complete cessation of the supply of Russian gas through the territory of Ukraine to the European market acts as a motivating factor for the implementation in the medium term of gas transport projects for the supply of natural gas to the CEE from non-Russian sources within the framework of the creation of the so-called “southern corridor”;

3) The interest of EU institutional and state investors in the implementation of long-term investment projects in the natural gas industry is renewed (restoration of suspended ones and start of new ones). The fulfillment of the goals of decarbonization of the European economy, in particular the reduction of CO2 emissions by 55% by 2030, may be delayed.

Thus, according to the information of the Deputy Minister of Industry and Trade of the Czech Republic René Nedela, the medium-term priorities of the country in the conditions of the gas supply crisis are the expansion of gas transportation connections with Germany and the conclusion of long-term contracts for the supply of natural gas. According to the estimate of Andreas Rau, the executive director of the operator of the Czech GTS Net4Gas, during 2023 the gas deficit in the EU may amount to 45 billion cubic meters, and in the event of the termination of the transit of Russian gas through the territory of Ukraine, up to 60 billion cubic meters (bcm).

In the regional aspect, Slovakia, Hungary, and the Czech Republic, whose economies are characterized by a higher than average European energy intensity (the basis of the economies of these countries are the metallurgical, chemical, and automotive industries), and which are landlocked (direct access to the global LNG market), are in the most difficult situation among EU countries during the gas supply crisis.

Under these conditions, the Slovak side, with the help of the “Poland-Slovakia” gas interconnector put into operation on November 12, 2022 (PL-SK), is trying to gain access to the Norwegian gas market through the Polish gas pipeline Baltic Pipe (under construction between Poland and Denmark, with a capacity of up to 10 billion cubic meters per year), as well as the LNG market through the terminal in Świnoujście (6.2 bcm/y +2.1 bcm/y by 2023).

The PL-SK project was implemented in the period from 2018 to 2022 by the operator of the Slovak HTS, Eustream a.s. and the Polish state company GAS-SYSTEM S.A. PL-SK can provide transportation of up to 5.7 bcm of gas per year in the direction of Poland and up to 4.7 bcm of gas per year in the direction of Slovakia. The pipeline is prepared for transporting a mixture of natural gas and hydrogen; has a length of 164 km and a diameter of DN1000. The route of the gas pipeline runs between the Slovak town Veľké Kapušany, 103 km on the Slovak territory and Polish town Strachocina, 61 km on Polish territory. The European Commission invested up to 40% of the cost of the project, which is an important part of the North-South gas transport corridor and was included in the list of projects of common interest (PCI) of the EU; Slovakia spent 130 million euros; the total cost of the project was 270 million euros.

Currently, PL-SK transport capacity is fully contracted by the Slovak side until September 2023, but the physical flow of gas from the Polish side during November-December of this year is missing. According to the source, in the conditions of the need for Poland to replace Russian gas in its own consumption in the amount of up to 9 billion cubic meters per year, the arrival of the energy resource in the interests of the SR from the northern direction on a commercial basis should be expected only after the commissioning in 2025 of the Polish LNG terminal in Gdansk (with a capacity of 6.1 bcm/y).

In 2023, the EU is expected to have a gas deficit at the level of 12% of annual consumption (from 53 bcm/y). The lack of energy resources will be distributed unevenly among such regions as: North-Western Europe, Central-Eastern Europe, South-Eastern Europe, Italy, British Isles, Baltic States. This leads to an increase in intra-European competition for available gas, in particular between CEE and PSE, within which the deficit is estimated at 11 bcm/y.

Under these conditions, since October of this year operators of the HTS of Slovakia (Eustream), Hungary (FGSZ), Romania (Transgaz) and Bulgaria (Bulgartransgaz) are trying to implement a joint initiative for natural gas transportation. Within the framework of the KASPIK project, it is assumed that the additional gas resource from Azerbaijan, obtained in the interests of the EU, can be transported in volumes of up to 5 bcm/y from Turkey or Greece to the CEE and ensure the liquidity of the main gas hub of the CEGH region (Central European Gas Hub) in Baumgarten, Austria without major upgrades to the existing infrastructure. In the future, the possibility of increasing the capacity of the route to 20 bcm/y is foreseen. Currently, the project participants are waiting for the approval of the European Commission and the definition of the project as one of the implementation tools of the “Memorandum of Understanding on Strategic Partnership in the Energy Sector between the European Commission and Azerbaijan” dated July 18, 2022.

In addition, the potential for expansion of the Vyrava connection point on the Slovak border with Poland allows increasing gas transportation in both directions to 7.7 bcm/y within one year; up to 9.1 bcm/y within two years; up to 12.8 bcm/y within two to four years.

Another regional initiative on the competitive gas market of the CEE is the cooperation agreement signed on December 1, 2022 in Athens by the operators of the GTS FGSZ, Transgaz, Bulgartransgaz, DESFA (Greece), ICGB (operator of the Greek-Bulgarian interconnector IGB) and Gastrade (owner of the Alexandroupolis LNG terminal, Greece).

The new agreement is a renewal of the implementation of the agreement signed on September 8, 2016 in Budapest by the energy ministers of Hungary, Romania, Bulgaria and Greece regarding the development of the Vertical Corridor project, which provides for the coordinated development of gas transport infrastructure to ensure two-way gas flows in the “south-north” direction.

As part of the implementation of the initiative, in the period until 2024, the companies DESFA and Bulgartransgaz are expanding the capacity of the gas interconnector Greece – Bulgaria (IGB) from the current 3 to 5 bcm/y, which should take place simultaneously with the commissioning of the LNG terminal Alexandroupolis.

In addition, the TESLA gas transportation project (ENTSOG Code – TRA-N-631), the Greek part of which is currently planned by DESFA, provides for the formation of an alternative gas transportation route from the border of Greece/Turkey to Baumgarten (Austria/Slovakia) and the transportation of additional volumes of gas after the termination of transit of Russian gas via the Ukrainian route.

At the same time, Ukraine, possessing a developed GTS along the eastern borders of the above-mentioned CEE countries, having a high degree of integration with the GTS of neighboring EU member states, significant underground gas storages near the EU borders (Ukrainian UGS reach 15% of the total capacity of European storages), working for according to the rules of the European energy market, has the potential to independently claim the role of a gas hub, providing gas transportation between the countries of the region through its own territory, storage of European gas for balancing needs and seasonal consumption, production and export of gas to the regional market.