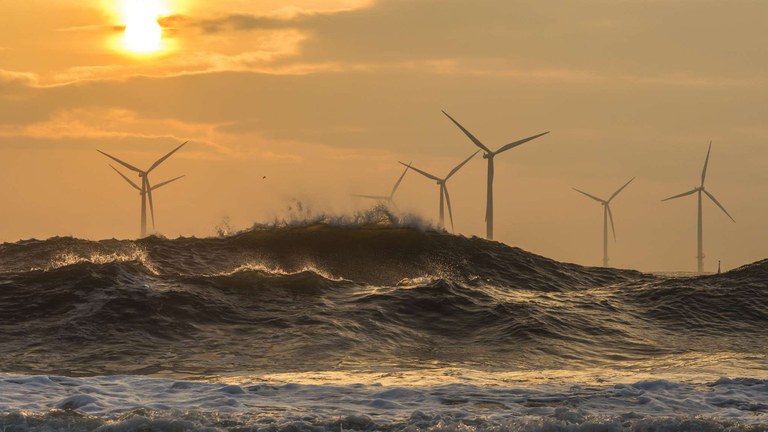 According to the document, in 2017, the EU achieved a share of renewable energy in gross final energy consumption of 17.52%, which is above the indicative target of 16% for 2017/2018. At such rates, the EU can achieve its 20% renewable energy target by 2020. Due to RES, demand for fossil fuels in 2016 fell by 143 Mtoe (Million Tonnes of Oil Equivalent), which is about 12% of total fossil fuel consumption. The dependence of Europe on imports of energy resources, in particular oil and gas, is expected to decline from today’s 55% to 20% in 2050, due to an increase in the share of renewable energy in primary energy production. RES has already provided about 1/3 (30.8%) of the total electricity production in the domestic electricity market in the EU member states in 2017.

At the same time, the report notes the slowdown in the growth rate of RES since 2014, which requires more efforts by individual EU member states to achieve the goals of their national action plans. Eleven member states, namely Bulgaria, Denmark, Estonia, Italy, Lithuania, Romania, Hungary, Finland, the Czech Republic, Croatia and Sweden, have already achieved their national goals of 2020. The seven member states (Belgium, France, Ireland, Luxembourg, the Netherlands, Poland and Slovenia) will require additional efforts to comply with the average indicative trajectory for 2017-2018 and to fulfill their commitments by 2020.

Gross final consumption of energy in the EU has increased from 1125 Mtoe to 1159 Mtoe, which has led to a decrease in the relative share of RES in the energy balance. In the same period, the absolute level of energy consumption from renewable sources in the EU member states increased from 189 Mtoe in 2015 to 204 Mtoe in 2017 (+ 8%). Consumption of energy from renewable sources by major sectors in 2017 was as follows: heating and cooling – 102 Mtoe (mainly biomass); electricity from RES is 86,7 Mtoe (mainly hydroelectric power plants and wind power plants); transport sector – 23.65 Mtoe (mainly biofuels).

According to the report of the European Commission, the most problematic areas for the development of RES are:

– heating and cooling – technological limitations of central heat supplying systems regarding the use of RES;

– transport – lack of adequate infrastructure for both biofuels and for charging electric vehicles;

At the same time, the EU continues to consider RES as one of the main ways to increase energy security, affordable prices, technological development and innovation, technological and industrial leadership, employment and regional development, especially in rural and isolated areas, in regions or territories with low population density or those undergoing partial deindustrialization.

If the current level of RES generation is maintained, the European Union will be able to achieve a global share of 20% of RES in the energy balance by 2020. Meanwhile, investments in renewable energy are increasingly determined by the market, and the share of state subsidies is gradually decreasing. This is one of the reasons for the decline in the growth rate of RES, and accordingly the EU will push individual member states to more actively support the development of renewable energy, in particular to cover the expected increase in energy consumption in the future.

According to the authors of the document, the development of interstate cooperation concerning RES, including so-called statistical transfers (sale or purchase of energy produced from RES by some states to other states), active promotion of energy efficiency measures, green auctions and direct corporate contracts of purchase-sale of energy generated from RES will be encouraged to achieve the above-mentioned aims. In the field of biofuels, the EU will strengthen control on the relevance of its origin to comply with the criteria of sustainable development, including imports from third countries.