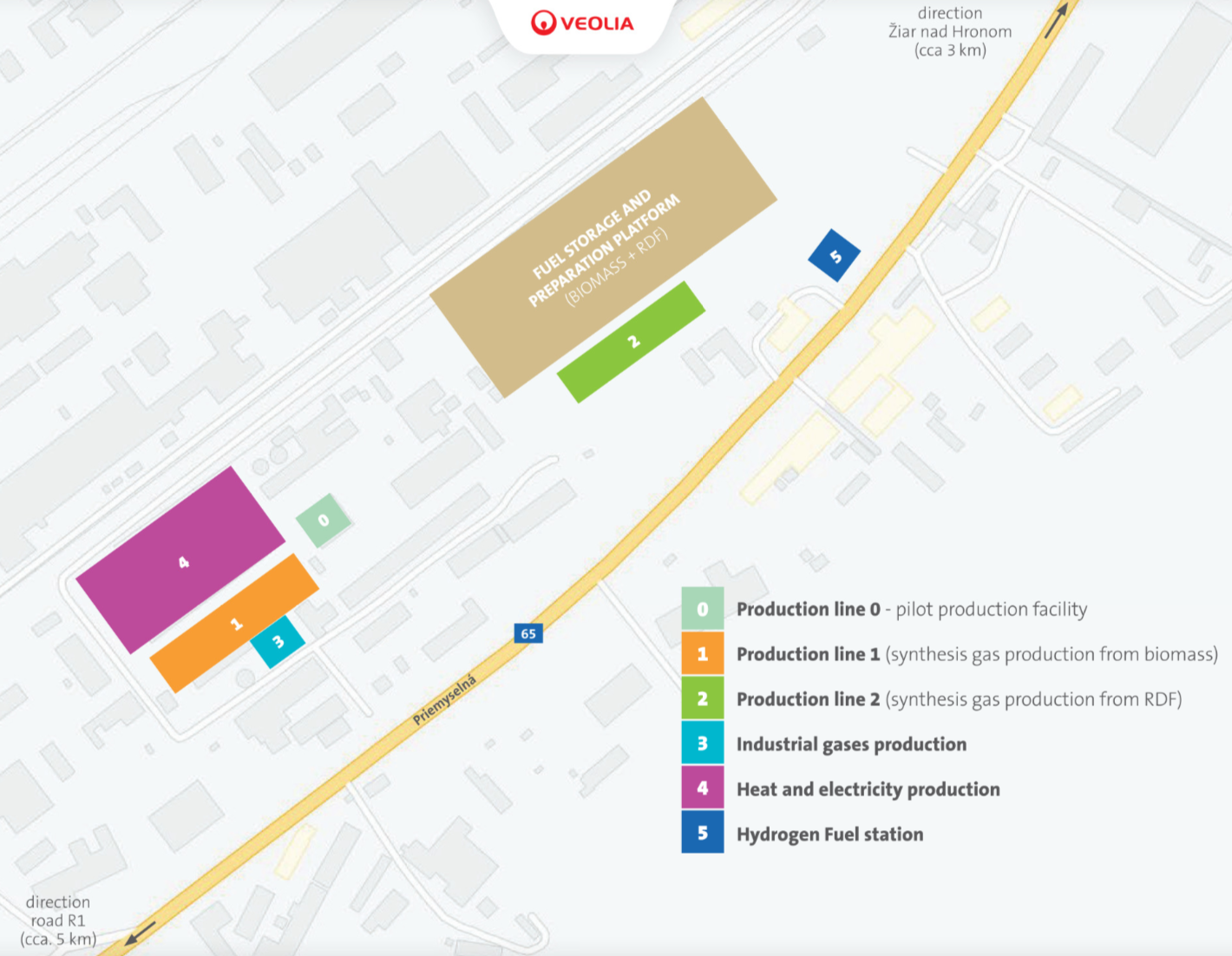 During the international conference of the Slovak Oil and Gas Association (SPNZ) on “EU Fit for 55 Strategy and Support for Renewable Gases”, organized jointly with Slovakia’s leading gas company SPP a.s. On February 22, 2022 in Bratislava, the progress of the Veolia renewable gas production project in Slovakia was presented.

According to an employee of the Slovak energy company Veolia Energia Slovensko, a.s. M.Tricko, on the territory of Slovakia near town of Žiar nad Hronom a promising project for the production of renewable gases is being implemented. It will consist of two production lines for the production of biomethane and hydrogen.

Veolia Energia Slovensko is a multinational corporation headquartered in Paris, Veolia Environment S.A. The group’s Slovak assets include 13 traditional and alternative energy companies, which cover up to 3% of the Slovak electricity market. The company’s Slovak office is located at Einsteinova 21 – Digital Park I, 851 01 Bratislava.

According to the expert, biomethane and hydrogen produced under the project will decarbonize industrial segments of energy production and transportation in the amount of 76 thousand tons of CO2 per year.

According to the expert, the operation of the first production line involves the gasification of biomass waste from which synthesis gas is produced (classified as renewable gas) with the subsequent separation of synthesis gas into two main streams. One of them will be used to directly replace the part of natural gas that serves as fuel in the gas turbine of the combined heat and power plant, providing partial decarbonization of the operation of such an energy facility. The company’s representative estimates that such a production line will produce up to 6.4 GWh of electricity and up to 10 GWh of heat per year, using 10,000 tons of synthesis gas.

The rest of the gas not used directly in the combustion turbine will come to the biomethane production plant in the equivalent of 140 GWh per year, as well as renewable hydrogen weighing up to 4700 tons (155 GWh) per year. In turn, unused synthesis gas, which no longer contains combustible components, will enter the treatment plant, where after purification to a level that meets the emission criteria at the exit of the process (chemical composition of the gas is checked in a chromatograph) will be released into the environment.

Biomethane is a biogas brought to the quality of natural gas containing 95-98% methane (CH4). Biomethane production is carried out mainly by anaerobic fermentation of waste and agricultural biomass residues with subsequent removal of impurities CO2, H2O, H2S. Biomethane, as a complete analogue of natural gas, can be used for the production of heat and electricity, as raw materials for the chemical industry and fuel in the transport sector (especially for trucks and ships).

According to the expert, the operation of the second production line is similar to the first, except that the fuel used are briquettes from solid waste (refuse-derived fuel, RDF), as well as non-recyclable waste, which is also converted into synthesis gas. Since this gas has a different composition, it is impractical to use it directly for combustion in the turbine and its entire volume is used for the production of renewable gas. Further technological process will allow purification and production of methane gas in the equivalent of up to 45 GWh per year, as well as hydrogen weighing up to 550 tons (18 GWh) per year. According to M. Trichko, Slovak legislation determines the environmental value of these gases at the level of low-carbon fossil fuel gases.

According to the expert, the line can process up to 35 tons of RDF per year, which potentially provides for the utilization of raw materials collected from the surrounding area within a radius of 60 kilometers from the location of the energy facility.

According to the expert, the total potential of the renewable gas production project of Veolia Energia Slovensko will allow to produce up to 120 GWh of thermal energy per year, which meets the year-round needs for thermal energy consumption in Žiar nad Hronom (up to 20 thousand inhabitants) and its industrial zone. The total production of electricity from renewable sources is expected to be up to 85 GWh, which is up to 90% of the company’s total sales in the region. Hydrogen production is expected to reach 5,250 tons per year, primarily in the interests of fully meeting the fuel needs of the Zvolen district’s bus transport (actual demand 3,000 tons / year).

The total cost of the project is estimated at 160 million euros, of which up to 60% Veolia Energia Slovensko expects to receive from EU funds.

According to M. Trichko, an important technological advantage of the project is that it “converts the solid component of waste into gaseous fuel” and fully complies with the concept of circular economy, in particular in the energy sector.