Reforms in the energy sector are one of the most complex and long-term which is common for most of the EU member states, as opposed to post-Soviet states, where the energy sector is the source of wealth and political tool to retain power and convert it into financial and property dividends.

Renewable energy positions itself as a leader by right in the structure assets increase within the energy sector of many states in the world, especially the EU, since renewable energy involves opportunities for generation decentralization, reduction of greenhouse gases and hazardous materials, use of natural sources of sun, wind, water, animal, vegetable wastes and firewood as well as products with short term of regeneration and CO2 circulation.

Notwithstanding the evident benefits of renewable energy, it is still underestimated and in not sufficient enough quantitatively for full competition with traditional fossil fuel energy. Responsible states introduce financial, tax and regulative preferences, which increase attractiveness of renewable energy in order to stimulate its development 1. 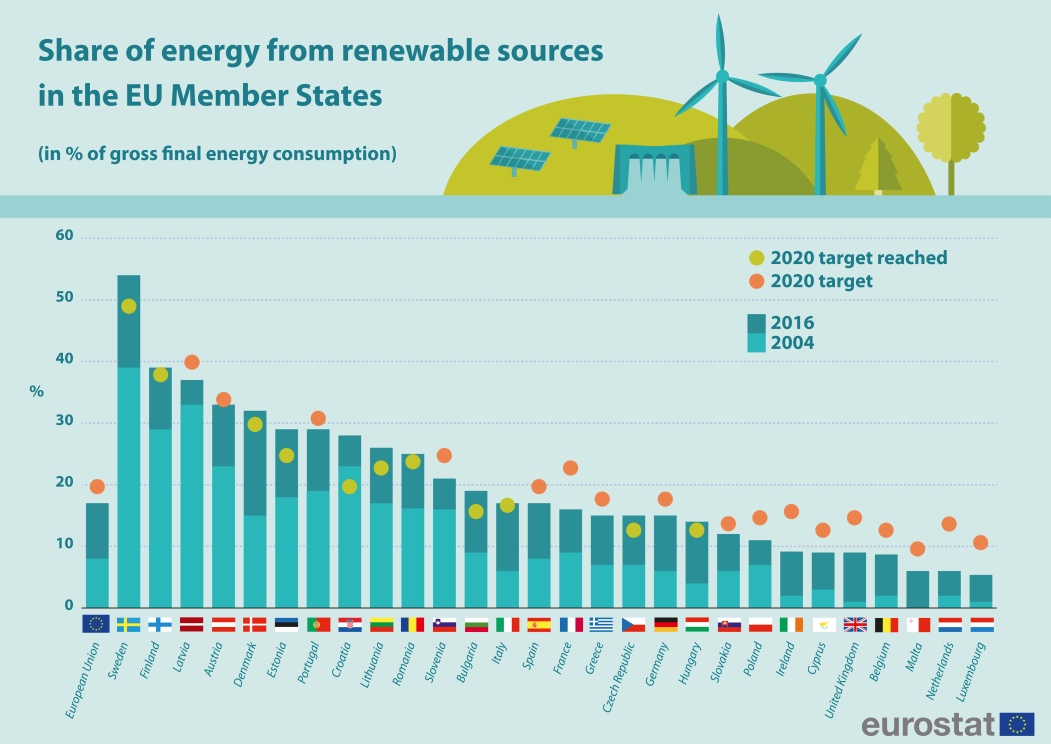 Nowadays within Europe Ukraine belongs to states with the most attractive preconditions for funding of solar power plants and wind farms, objects of bioenergy and corresponding production lines.

Enactment of a legislative package on bringing into line of market prices for most fossil fuels along with the incentives of renewable energy — “green tariffs”, tax and customs preferences, opportunities of engaging credit resources from leading international financial institutions and commercial projects and even household power plants contribute to a quite rapid growth of this segment of energy sector.

In the coming years the set of above-mentioned aspects will allow the highest growth of  generation from renewable energy sources  and one of the highest investment volumes accordingly.  Both national companies like “DTEK” and international companies, which aim to invest their funds profitably and expect a rapid (6-7 years) payback, are willing to undertake the most perspective objects.

What shall the investor willing to enter renewable energy market of Ukraine be aware of ?

1. Nowadays the most financially attractive are projects in the sphere of solar and wind energy since one of the highest “green tariffs” in Europe are applicable to them and  buy-back of all produced energy is guaranteed by the state.

2. There are still significant bureaucratic burdens in Ukraine which can substantially increase the term of project implementation, in particular, regarding the procedure of chain connection and obtaining of license from National Commission for State Regulation of Energy and Public Utilities. In order to expedite the process cooperation with Ukrainian company, which is familiar with implementation of one of such even small projects, should be considered.

3. The most efficient seems to be cooperation with investors and state company “Ukrenergo” which attempts to implement a one-stop window for investor willing to implement a project and also the company offers to prospective investors a map with perspective areas of connection and corresponding price proposals regarding the cost of such services (connection to Single energy system in Ukraine is paid by the investor).

4. It’s important to consult the city council on time for the purpose of defining opportunities of leasing a necessary land plot on a long-term basis. Ukraine does not have a land market nowadays, therefore up to 49 years long-term land lease agreements are common.

5. In case the approval from the city council is received, public hearings and information campaign within the local community shall present in simple terms information about applied technology, its possible influence and ways of minimizing such influence, benefits for the local budget, expected quantity of work places and necessities of services from local business.

6. It’s worth saying that public discussion on shift from current system of incentives of renewable energy to practices which are used by certain EU member-states — green auctions of perspective areas with the principles of defining winner according to the minimal price of produced kW per year has been started in Ukraine.

The possible window of opportunity for investment in the frames of current legislation of Ukraine will have ceased by 2020 at the latest.

7. “Green tariff” introduction is taking place after the object is put into service by certain  architectural and energy institutions be means of receiving of corresponding license from  the National Commission for State Regulation of Energy and Public Utilities. “Green tariff” has been nominated to the Euro currency exchange rate which protects foreign investments effectively from financial losses as a result of devaluation of the national currency of Ukraine.

8. In the middle of 2019 the launch of new energy market is expected as a result of which the producers will face liability of non-balance which should be minimized by introduction of a unit dealing with meteorological issues and  backup power source for accumulation of produced energy in the form of battery unit or additional generating facilities based on biomass.

9. Bioenergy has started to play a vital role in provision of hot and cold water for consumers. More and more population centers, especially cities, introduce projects cogenerating plants based on local kind of resources, primarily solid biomass from wood industry waste and greenery. Local city councils, accordingly, are looking for investors to fund such projects. Information about  such projects  is placed on the map of State Agency on Energy Efficiency and Energy Saving of Ukraine 2.

10. Territorial communities and local city councils due to decentralization have got wider powers in the sphere of budget formation, funding of which has increased substantially, which expands opportunities for investor refund guarantees.

11. Ukraine as a state which signed The Ukraine–European Union Association Agreement  is among the members of the Treaty establishing the Energy Community, which  introduced the Energy strategy for the period till 2025 to increase the share of renewable energy up to 25%,  cumulatively having approximately 6% as of 2018, including high hydrogenation. This suggests long-term obligations of Ukrainian authorities to conduct policy of fullest promotion of investments into renewable energy.

12. Investors, who will place production plants at the territory of Ukraine , can cut logistics costs and benefit from additional allowance to the “green tariff” due to use of products produced domestically, which is from 5% to 10% kW per year of produced energy additionally.

Thus, Ukraine is gradually becoming attractive market for companies from leading countries due to reforms in line with fulfillment of the obligations undertaken under The Ukraine–European Union Association Agreement. The potential of local entrepreneurs is unlocked, to whom access to the EU market is open due to inclusive free trade zone; as well as customs restrictions and other trade restraints are removed for the establishment of mutually beneficial cooperation with foreign partners, particularly, EU member states.

Huge agricultural potential and favorable climate conditions make the market of renewable energy of Ukraine extremely attractive and perspective for European companies, which possess corresponding technology and aim to invest their capital beneficially. The first investors will receive benefits long before the expected changes of national legislation according to practices of Western European states.