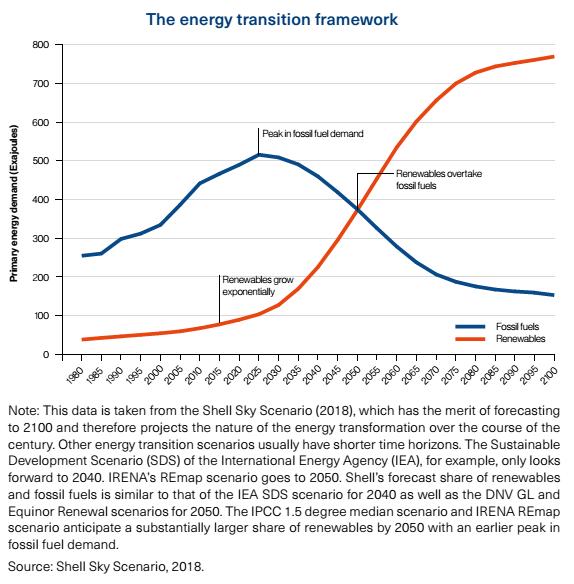 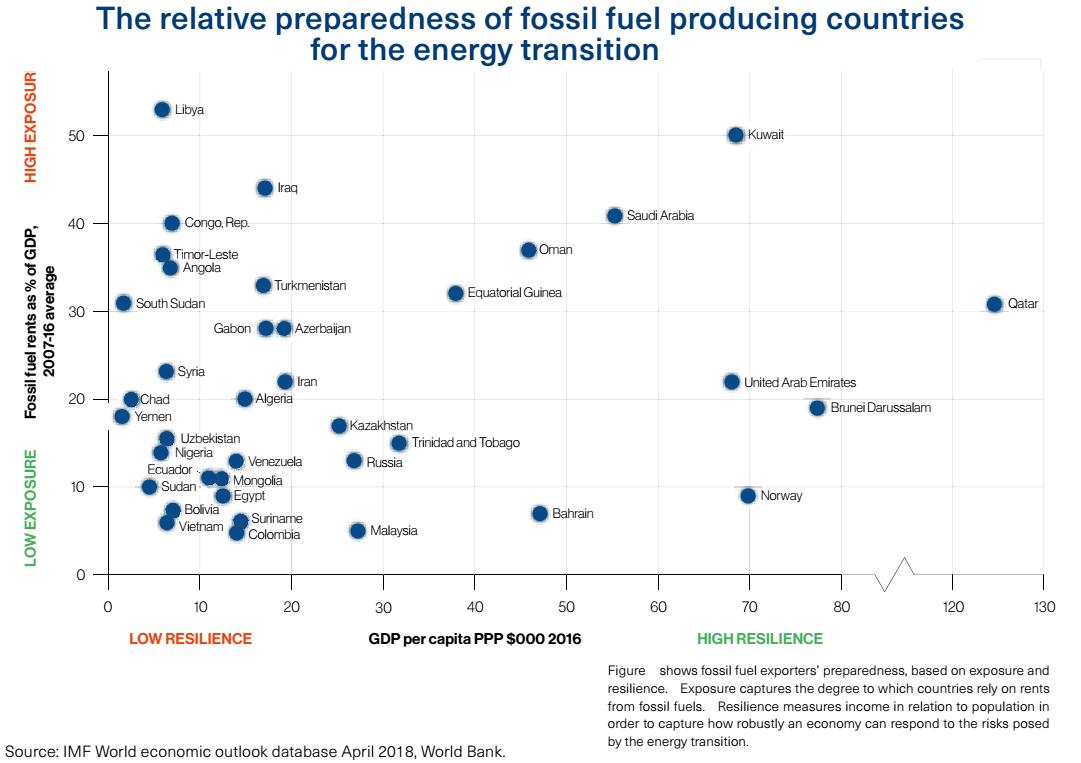 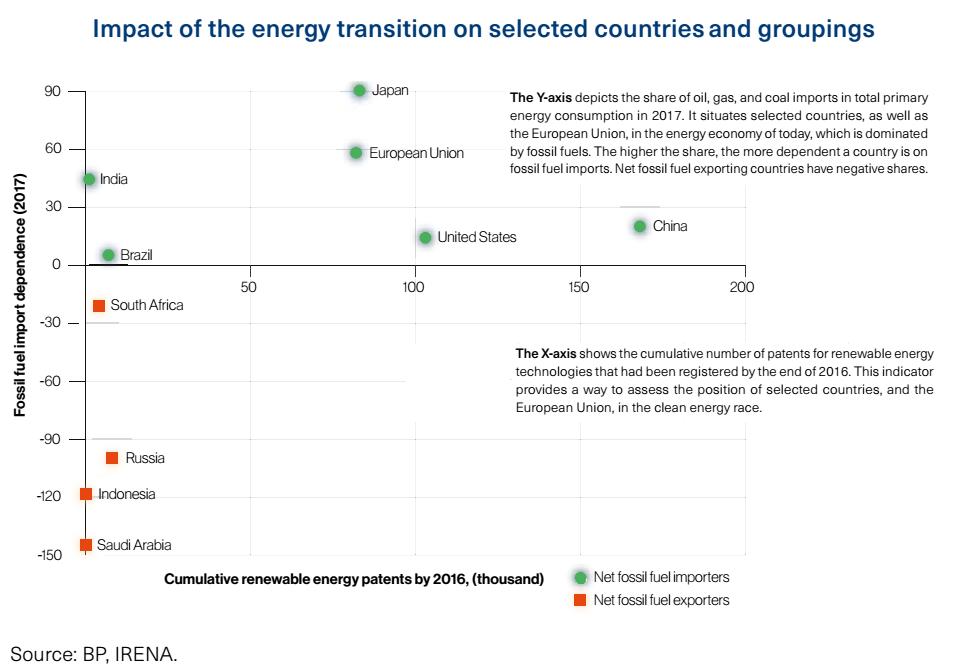 According to the analysis of research conducted by the International Renewable Energy Agency, IRENA, regarding the impact of new generation of renewable energy technologies (on the base of Renewable Energy Sources, RES) on global geopolitics, as well as on selected regions and countries, we have identified the main trends of this process in the medium and long term. 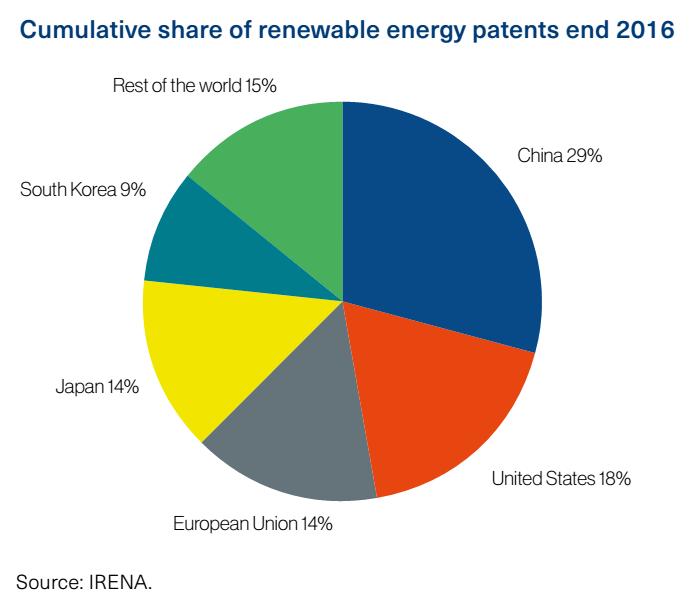 A study titled “A New World. The Geopolitics of the Energy Transformation” was prepared by a group of leading international experts in the field of politics, economics, trade, environment and development based on consultation with business representatives, academic and political circles, as well as involved an analysis of recognized international studies in the field of energy, security and geopolitics. The research considers projection horizon of the geopolitics by 2050, but notes that changes could take place over the next decade.

According to the authors of the study, the growth of the share of RES in the world energy balance will lead to fundamental structural changes in the global economy and society due to the decentralization of electricity generation, the reduction of dependence on fossil fuels and the decline of hegemony of individual states (Russia) or blocks such as OPEC.

Part of the states with substantial volumes of extraction and export of energy resources will lose its geopolitical significance and will face a threat of economic decline (the Russian Federation). The states that have started the energy transformation in advance will become the new centers of power. The role of China, which is actively implementing the most up-to-date approaches to transforming the energy sector by increasing the share of RES and conducting transport electrification, etc., will be the largest.

IRENA experts noted improvement of energy security and the independence of countries without fossil fuels, increase of the welfare of the population in the result of employment generation, improvement of the quality of water, air, food, reduction of international tensions and the number of conflicts caused by the desire to control extraction of traditional energy sources as the indisputable benefits of the “green” energy transformation. Nonetheless, countries that are dependent on fossil energy exports, in the event of their inability to adapt to the new energy market, may become new centers of instability due to a sharp drop in their revenues.

The global economic system should quickly adapt to the rapid growth of RES and the decline in the share of fossil fuels, otherwise the next global financial crisis may occur. In a short period of time, a significant portion of energy companies worldwide can lose jobs and revenues, which will also greatly affect social stability in many countries. In addition, there may be new risks associated with cybersecurity and dependence on certain rare earth minerals concentrated in several states (Congo, Mongolia, Bolivia).

A special emphasis in the study was placed on Russia, which is considered one of the regions that could be most affected by the energy transformation in the financial, economic and social dimensions because of its policy of preferential support to the oil and gas sector. Belarus, bordering Russia, is the state placed in the list of critically dependent on the import of fossil energy resources too. Unless the cardinal departure of the Belarusian economy and the state budget from oil dependence occurs shortly, the negative social and economic consequences for this country will be very serious.

Cybersecurity is one of the most threatening challenges for energy transformation. The dependence of RES on real-time dispatching for smoothing unstable operation periods creates conditions for conducting cyber-attacks and achieving blackout effects even with minor violations of the power system control regime. Based on this, the authors of the study call for careful attention to the protection of critical infrastructure and support the restrictions imposed by European states during the privatization of energy companies (for example, Germany banned the purchase of some shares of the Aprion operator by Chinese investors, and Greece is trying to prevent the participation of Chinese investors in privatization of coal-fired power plants).

Despite the serious challenges that arise in the process of global energy transformation, the authors of the study consider such a direction of development promising. The growth of the share of RES in the world energy balance will create additional opportunities for solving the problems of climate protection, reducing air, water and soil pollution, and will promote sustainable development and a more even distribution of public goods.