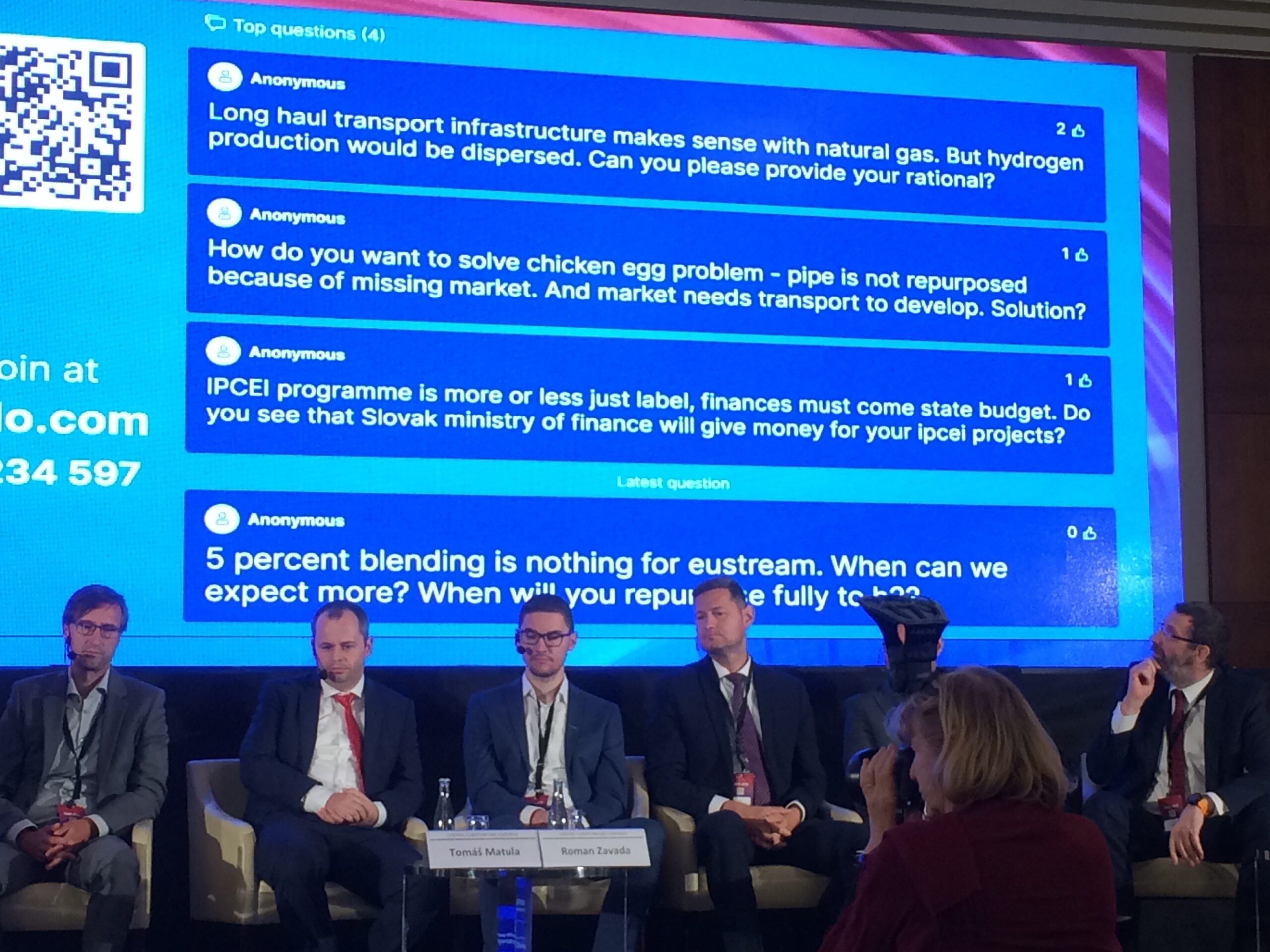 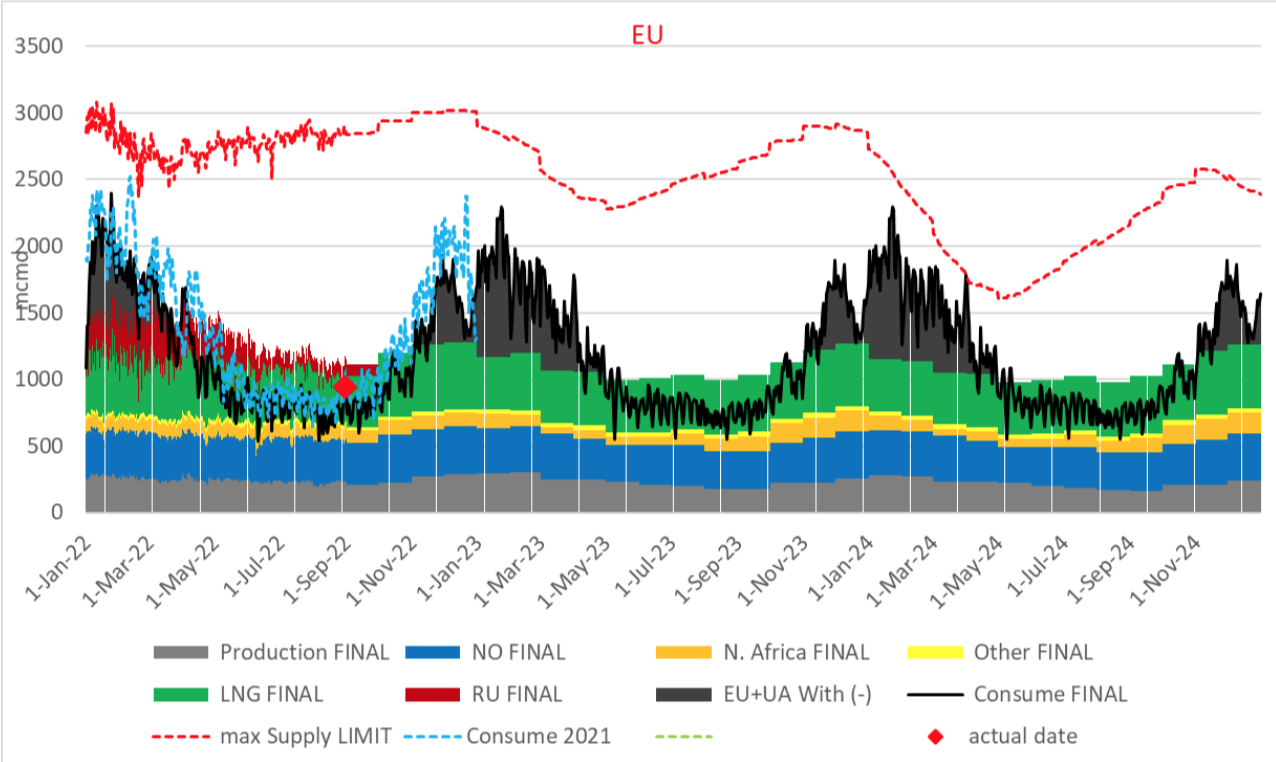 The main topic of the international event organised by the Slovak Gas and Oil Association (SPNZ) – “Central European Gas Congress“, held on September 22-23 in Bratislava, was the crisis of natural gas supply to the countries of Central and Eastern Europe (CEE).

The most important conclusions we made based on the results of participation in professional discussions are the following:

According to the chairman of the board and general director of the operator of the GTS of Hungary, FGSZ Zrt. Szabolcs I. Ferencz, part of the landlocked countries of the CEE region, including Hungary, Slovakia, Austria and the Czech Republic, are in the most difficult conditions of ensuring gas supplies from non-Russian sources. Of the total annual volume of consumption at the level of 32 bcm of gas, up to 92% of the resource comes to these countries from the Russian Federation. The risks of ensuring the stability and security of supplies lead to higher energy prices at the Baumgarten gas hub by 2.2-6.7% compared to the Dutch TTF.

According to the president of SPNZ and the general director of the operator of the Slovak GTS Eustream a.s. Rastislav Ňukovič, the company’s specialists worked out a scenario “stopping the supply of Russian gas to the European market from 01.10.22”. According to the results of the analysis, the annual volume of natural gas transportation by the company will decrease from 42 bcm in 2021 (69 bcm in the pre-crisis year 2019) to 19 bcm, which ensures the use of only up to 20% of the GTS capacity and approaches the critically low level of profitability of the largest Slovak taxpayer.

The only source of covering the shortage of energy resources in the amount of 15 to 24 bcm of natural gas over the next two years, the global LNG market is being considered. The risk factor for the implementation of such a scenario is the prospect of economic recovery in Asia and the growing level of competition for LNG supplies from the EU. 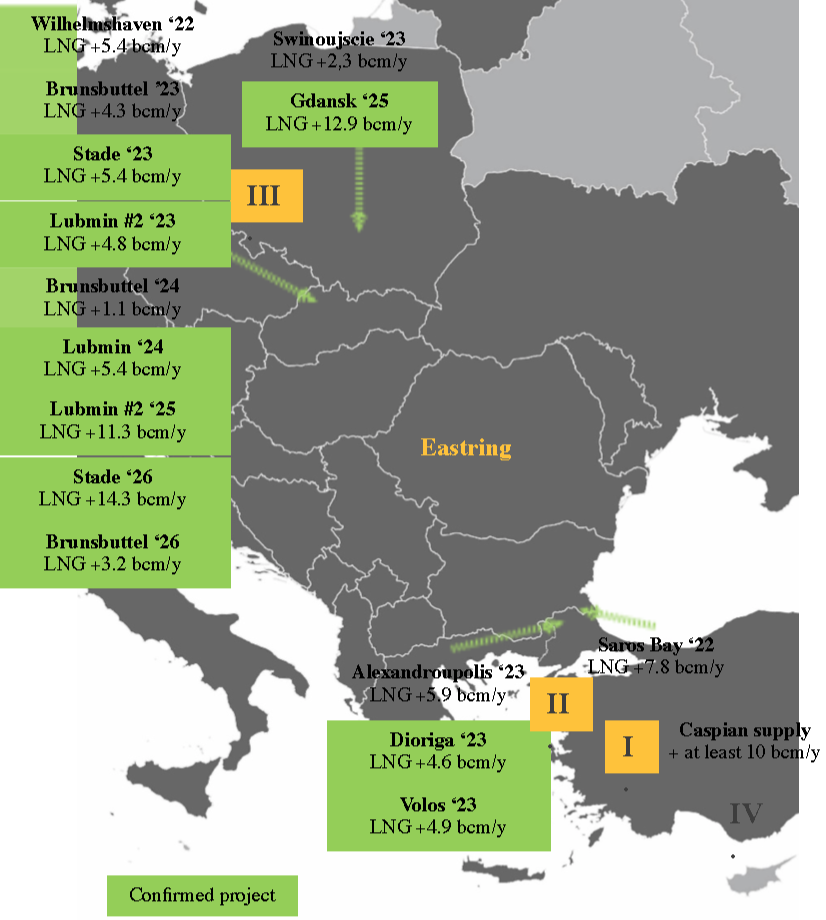 According to Eustream experts, the most dangerous period of the energy crisis caused by the cessation of Russian gas supply is expected to be March-April 2024, which may be a consequence of the failure to create sufficient gas reserves at the level of 80% and the filling of European gas storage facilities by only 63% as of 01.10.23.

Analyzing the position of Eustream on the CEE gas market and its prospects in the medium term, R. Nukovich noted that at present, with the completion of the construction of the Poland-Slovakia gas interconnector, the country is “turning into a full-fledged gas crossroads”, ensuring gas transportation in all directions, entering the LNG market and connecting suppliers and consumers from Eastern, Western, Northern and Southern Europe. 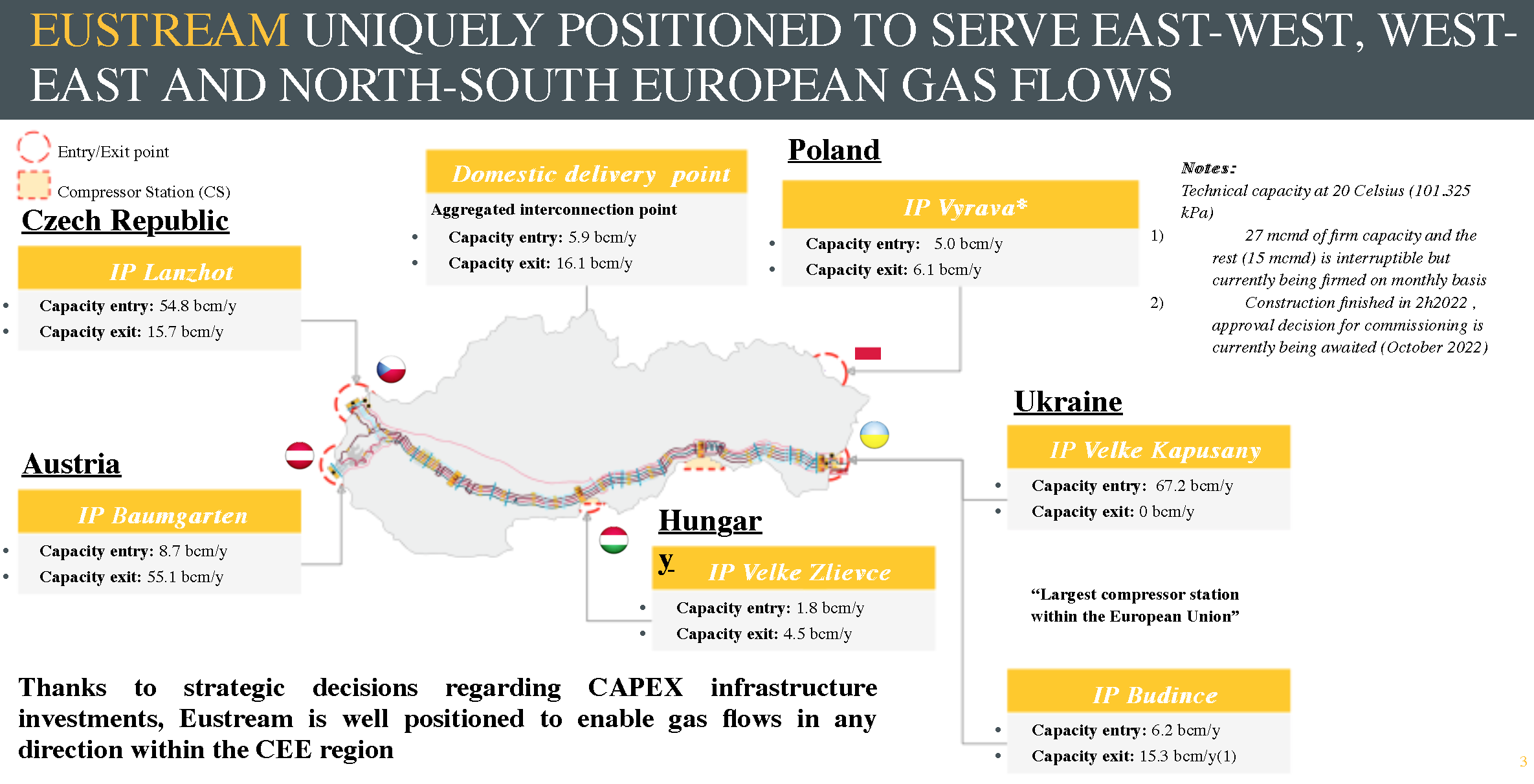 According to the head of Eustream, the next steps of the Slovak side to strengthen its positions on the regional gas market may be as follows:

At the same time, the demand for transport services of the operator of the Slovak HTS will depend on the degree of liquidity of the CEE gas market. According to the assessment of the head of the company-operator of the HTS of Hungary, in the conditions of the termination of the supply of Russian gas, the prospects for its replacement in the short- and medium-term periods are as follows:

Therefore, according to the information of the Hungarian side, a full replacement of Russian gas in such CEE countries as Hungary, Slovakia, Austria and the Czech Republic is possible in the medium term, provided a significant reduction in consumption and successful implementation of promising gas projects.

In general, the degree of readiness of the CEE countries, in particular Slovakia, Hungary, Austria and the Czech Republic, to meet the needs of industry and the population in natural gas, on the eve of the 2022/23 winter season, remains low. Despite the developed gas transport infrastructure, the high level of interconnectedness of the GTS, currently, these countries do not have reliable sources of gas supply.