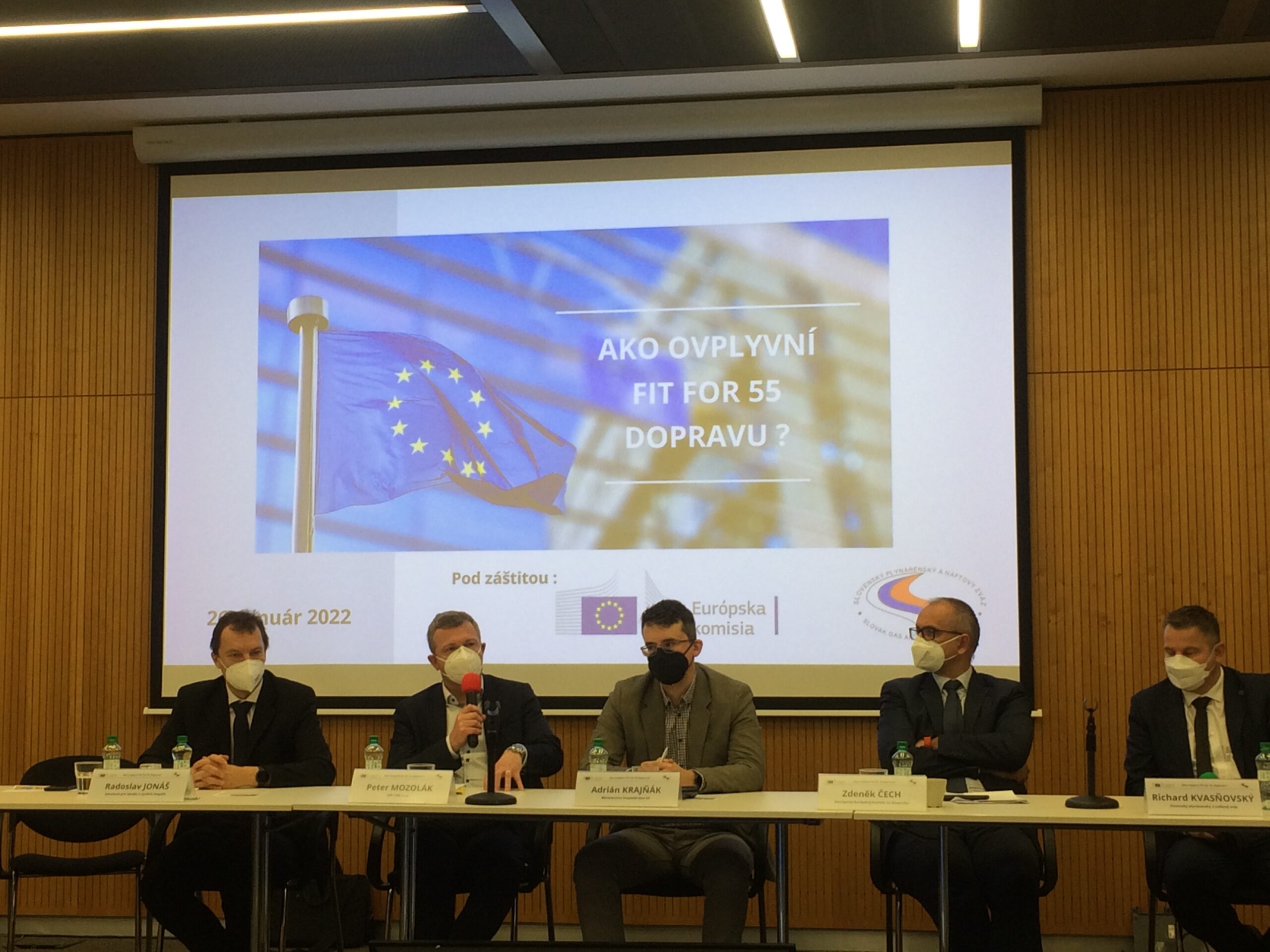 Decarbonization of the transport sector of the Slovak economy

On January 26, 2022 the representatives of the corporate sector, the Slovak government and experts discussed aspects of the decarbonization of the transport sector of the Slovak Republic in Bratislava at the premises of the Slovak company SPP, a.s. (monopoly operator of gas distribution networks) within the “Slovak Gas and Oil Association” (SPNZ) conference entitled “How will the European Commission Fit for 55 program affect the transport industry?”.

According to Adrian Krajňák, Head of the Analytical Department of the Ministry of Economy of the Slovak Republic, the Slovak side considers that full use of the national economies of each member shall be the basis for transition to a low-carbon economy in the EU.

According to the level of development of gas distribution networks, the Slovak Republic ranks second among EU member states (leaving behind the Netherlands), 94% of the country’s population has access to natural gas infrastructure.

Slovakia prefers a “balanced approach to negotiations and does not consider it necessary to achieve the overall objectives of the European Commission’s Fit for 55 program in the shortest possible time.” In particular, according to the Slovak side, the decarbonisation of the transport sector, which covers 28% of CO2 emissions at the EU level, should also be ensured with the help of traditional technologies using modern renewable and synthetic fuels.

The priority direction of decarbonization of the transport sector of the Slovak Republic is the use of engines with compressed natural gas (CNG), liquefied natural gas (LNG), as well as CNG or LNG supplemented by biomethane.

Biomethane is a biogas raised in the quality of natural gas containing 95-98% methane (CH4). Biomethane production is carried out mainly by anaerobic digestion of waste and agricultural biomass residues. Biomethane, as a complete analogue of natural gas, can be used for the production of heat and electricity, as well as raw materials for the chemical industry, fuel for transport in compressed and liquefied state.

At present, there are 113 biogas and biomethane plants in Slovakia using anaerobic fermentation and thermal gasification technologies with a total capacity of up to 1 MW. According to a study by the University of Technology in Nitra, the potential for biomethane production reaches 456 million cubic meters per year.

According to another conference participant, the executive director of SPP CNG s.r.o. – Peter Mozolák, the infrastructure of the CNG sector of the transport sector of the Slovak Republic can meet the needs of freight and public transport in the amount of up to 5 thousand units by 2025, with the use of more than 30 filling stations (currently 16 CNG filling stations are operating).

As part of ensuring the implementation of the European Commission decision as of 14.07.2021 on the objectives of the Fit for 55 program and reducing CO2 emissions in the transport sector by 55% by 2030 and 100% by 2035, from August 2021 Slovak legislation requires Procurement of vehicles by 2025 to provide up to 8% of trucks and up to 34% of buses with CNG / LNG engines; by 2030, respectively – up to 9 and 48% of such vehicles in the segments of freight and passenger traffic.

In addition, the Slovak government is taking the following measures to support the development of transport with alternative engines by means of:

It should be noted that with a developed gas transmission and distribution infrastructure, scientific and technological base and qualified personnel, Slovakia is trying to create conditions for maximizing the potential of its own gas industry.