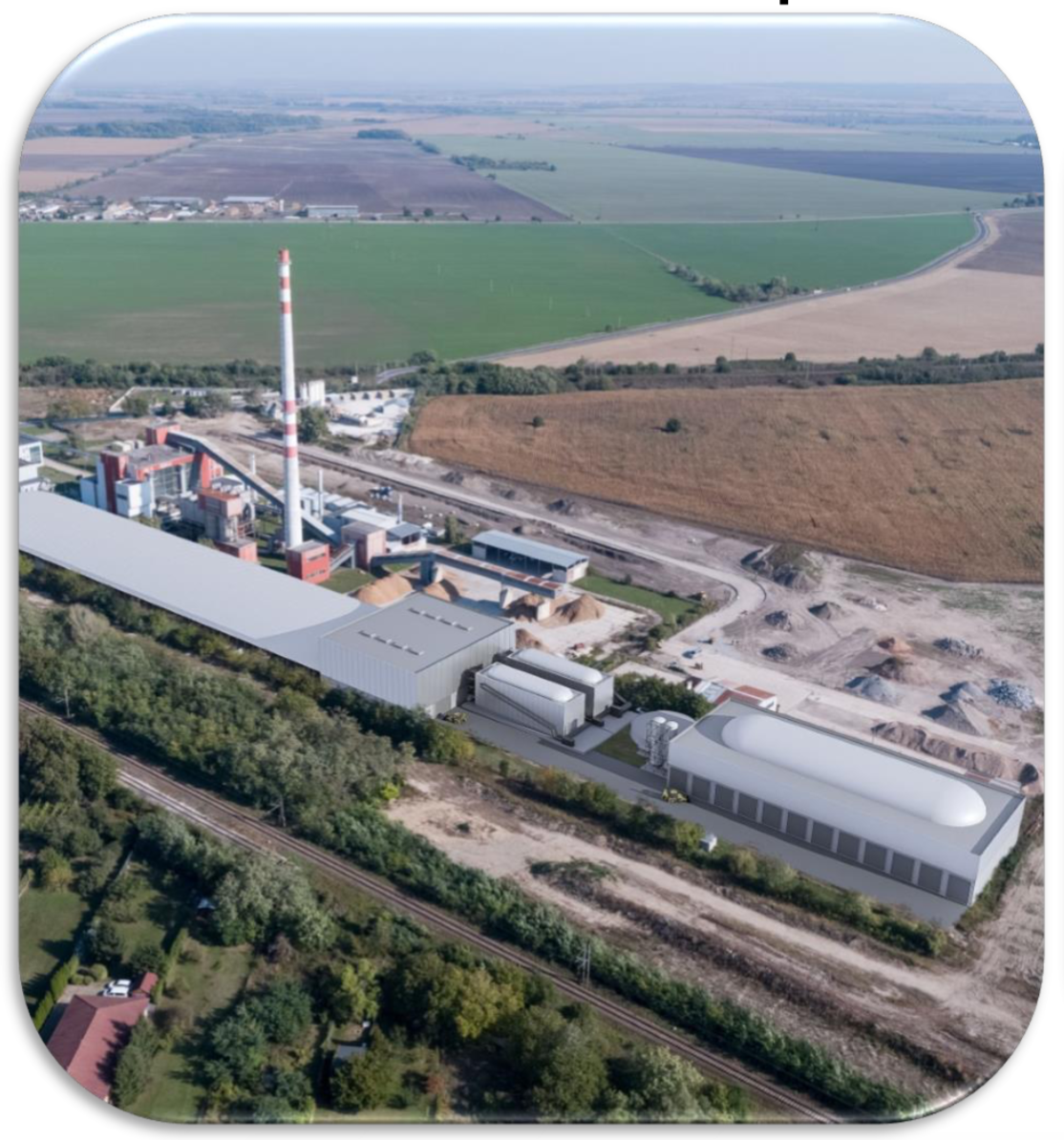 During the international conference of the Slovak Oil and Gas Association (SPNZ) on “EU Fit for 55 Strategy and Support for Renewable Gases”, organized jointly with Slovakia’s leading gas company SPP, a.s. on February 22, 2022 in Bratislava, the creation of an electronic register of biomethane in Slovakia was discussed.

According to the head of the network development department of the Slovak gas company SPP – distribúcia J. Vopalenski (Jerguš Vopálenský), an important factor in the growth of the biomethane market is the development of a network of national biomethane tracking registers in European gas networks with certificates of energy attributes. Certification schemes increase standardization, compatibility and accessibility by supporting cross-border trade. 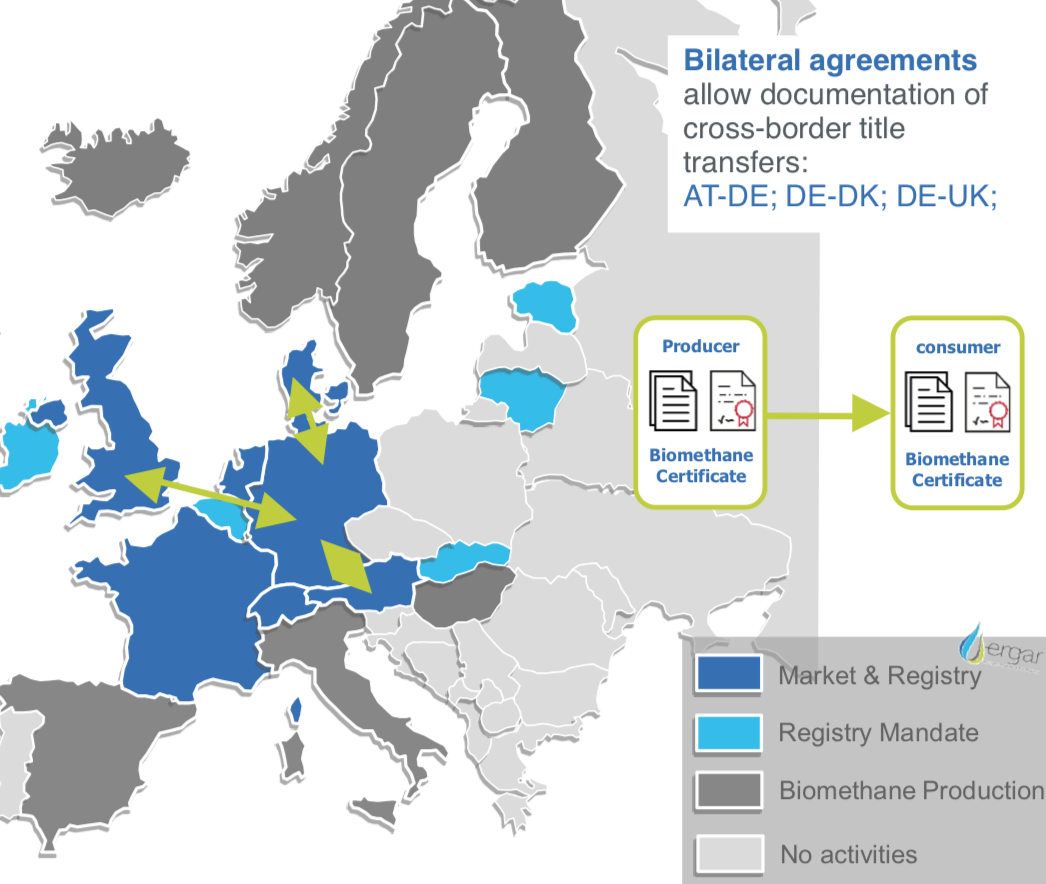 The developer and operator of the Slovak Biomethane Register is the state-owned gas distribution network operator SPP – distribúcia (SPPD), which is 51% state-owned and 49% (also under management control) of the Czech energy holding Energetický a průmyslový holding, a.s.

The Register of Biomethane in the Slovak Republic is based on the existing in a number of North-Western European countries (Great Britain, Germany, France, the Netherlands, Denmark, Austria, Switzerland) registers of renewable gases integrated into the common ERGaR system (European Renewable Gas Registry, the secretariat is situated in Brussels, Belgium). According to the logic of the system, certificates of guarantee of origin, at the request of the producer of energy from renewable sources, are issued, transmitted and revoked electronically for every 1 MW / h and are valid for 12 months. The relevant Slovak legislation will enter into force on 1 July 2022. 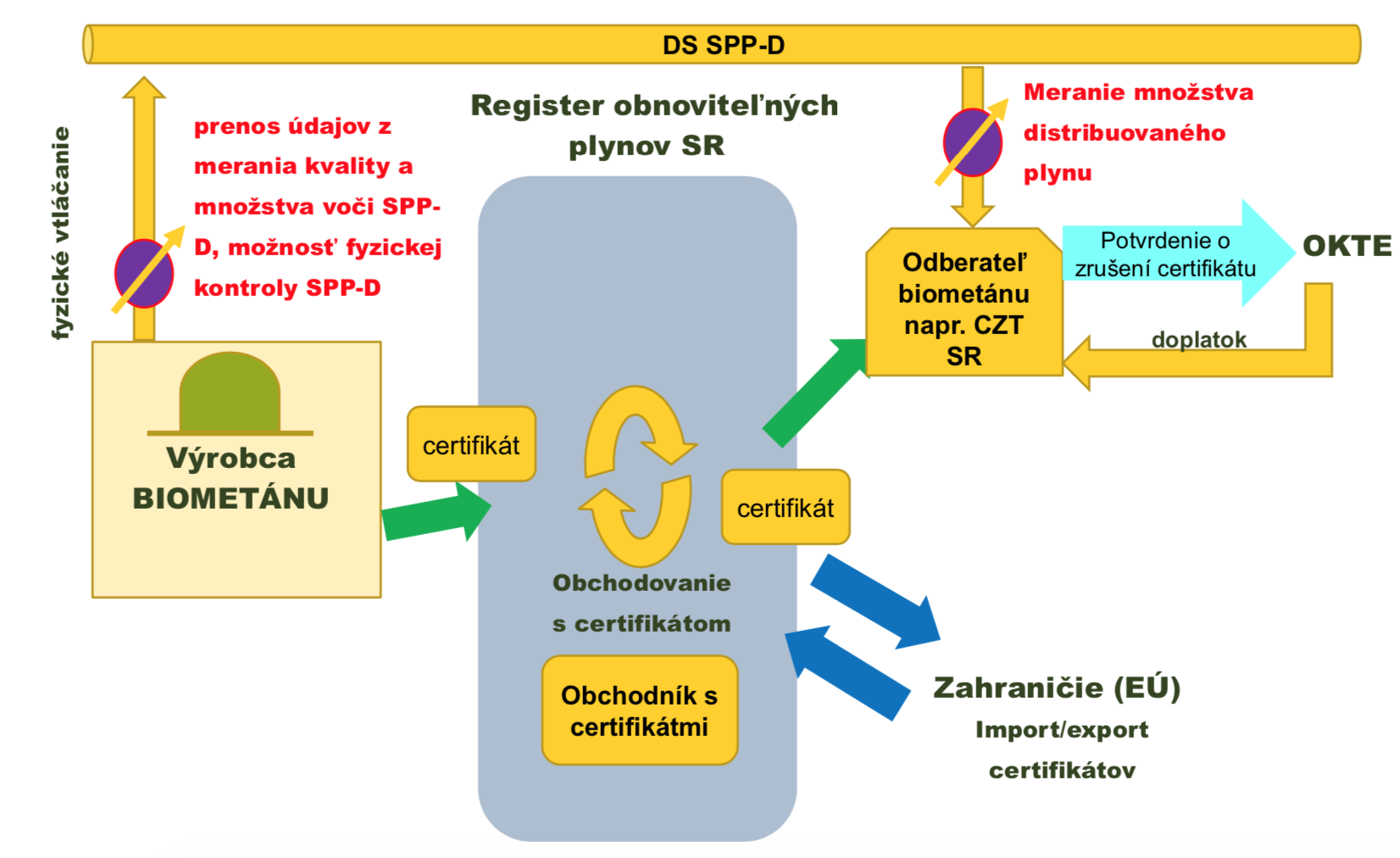 Scheme of operation of the register of biomethane SR

Guarantees of origin are created and revoked on the basis of measurement data at the entrance to the gas transmission and distribution network. It is planned that operators of biomethane / biogas plants, consumers, auditors and traders will have their own accounts in the register. Through ERGaR membership, the Slovak Biomethane Register will ensure cross-border trade. In the future, the system can also use other reducing gases, in particular hydrogen, synthetic methane.

At present, there are 113 biogas and biomethane plants in Slovakia using anaerobic fermentation and thermal gasification technologies. The average installed capacity is up to 1 MW. The biomethane production potential in Slovakia reaches 456 million cubic meters per year.

According to E. Vopalensky, the advantage of the biomethane market model, where SPPD is both the gas distribution network operator and the registry, is that “we can track both physical and trade flows and ensure that physical flows correspond to trade.”

In the course of further expansion of the network, by including SPPD in the pan-European renewable gas register, the SR will be part of the leading ERGaR hub, which the Slovak side expects will give it significant competitive advantages in the regional market of Central and Eastern Europe.