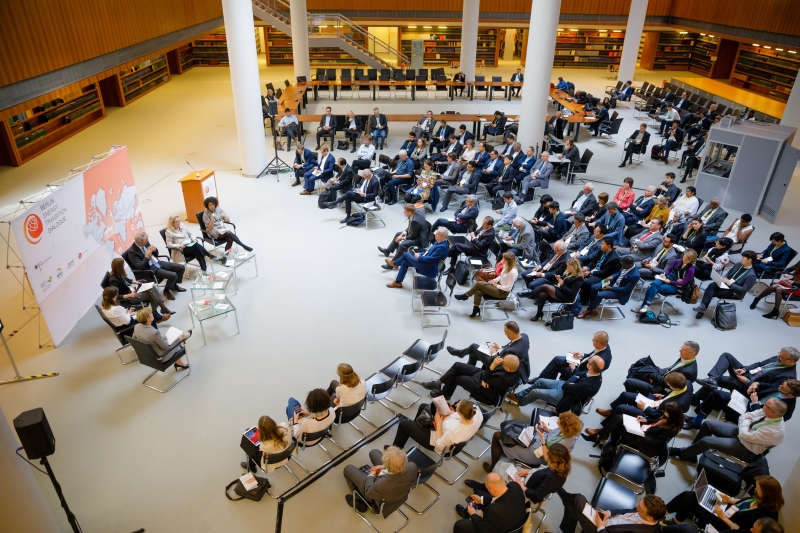 Germany is accelerating the development of electricity transmission grids

The Berlin Energy Transition Dialogue 2019, an international professional conference, organized by the German government (federal ministries of economy, energy, and foreign affairs) which was held in Berlin on April 9-10, 2019, jointly with the Bundestag profile committee, announced the acceleration of the development of electricity transmission grids.

On April 4, 2019, the German Parliament (Bundestag) voted on acceleration of the development of electricity transmission grids in order to achieve renewable energy (RES) targets and reconfiguration of generating capacity in the country, in the view of abandonment of the nuclear and coal sectors. The decision was taken by the votes of two coalition parties, namely, the “Christian Democratic Union of Germany” (A. Merkel) and the “Social Democratic Party of Germany”, while partly the demands of the “Left” party were satisfied and the proposals of the “Alliance 90/The Greens” were rejected. It is expected that the adopted law will accelerate the development of grids and create, by 2030, the necessary conditions for an increase in the share of energy from renewable sources to 65% in the national electricity generation (currently 35.7%).

A key legislative innovation was the simplification of documentation for grid planning approval procedures, feasibility studies, environmental and ecological verification, and land allocation. Grid operators were granted the right to simultaneously coordinate documents in several ways while relevant authorities and licensing institutions have an obligation to provide each other with access to information and documentation available to them.

For electricity grid operators one of the key tasks is to hold a timely public discussion of infrastructure development plans, while they are required to take into account all the basic requirements for the safety, absence or adequate compensation of environmental impacts, objects of cultural and historical heritage, employment of local residents, etc.

The development of electricity grids should ensure:

– further expansion of the share of RES in the energy balance;

– reconfiguration of the energy system in view of the need to ensure the supply of significant volumes of electricity from the northern federal states to the southern states;

–  decommissioning of nuclear power plants by 2022;

– decommissioning of coal power plants till 2038;

According to the new law, the federal government has committed by the end of 2019 to develop and implement a special Internet portal with information on environmental protection measures to be applied along the routes of new power transmission lines. Such an Internet resource should facilitate dialogue with the public, simplify national measures to ensure the protection of natural conservation areas, species of flora and fauna, and also help grid operators to plan ahead circuitous routes.

Likewise, the federal government is under an obligation to conduct a review of the provisions of the “Law on RES” (EEG2017) by the end of 2019 on the feasibility of limiting the maximum volume of 52 GW to which public financing of photovoltaic generation is provided and to make proposals on the revision of its increase (46.9 GW was set as of March 2019).

The adoption of the law allows Germany to switch to the revision of another program document of the Grid Development Plan until 2030 (NEP 2030), worth about EUR 52 billion, drafted by four operators of transmission systems and commissioned by the Federal Networks Agency (Bundesnetzagentur).