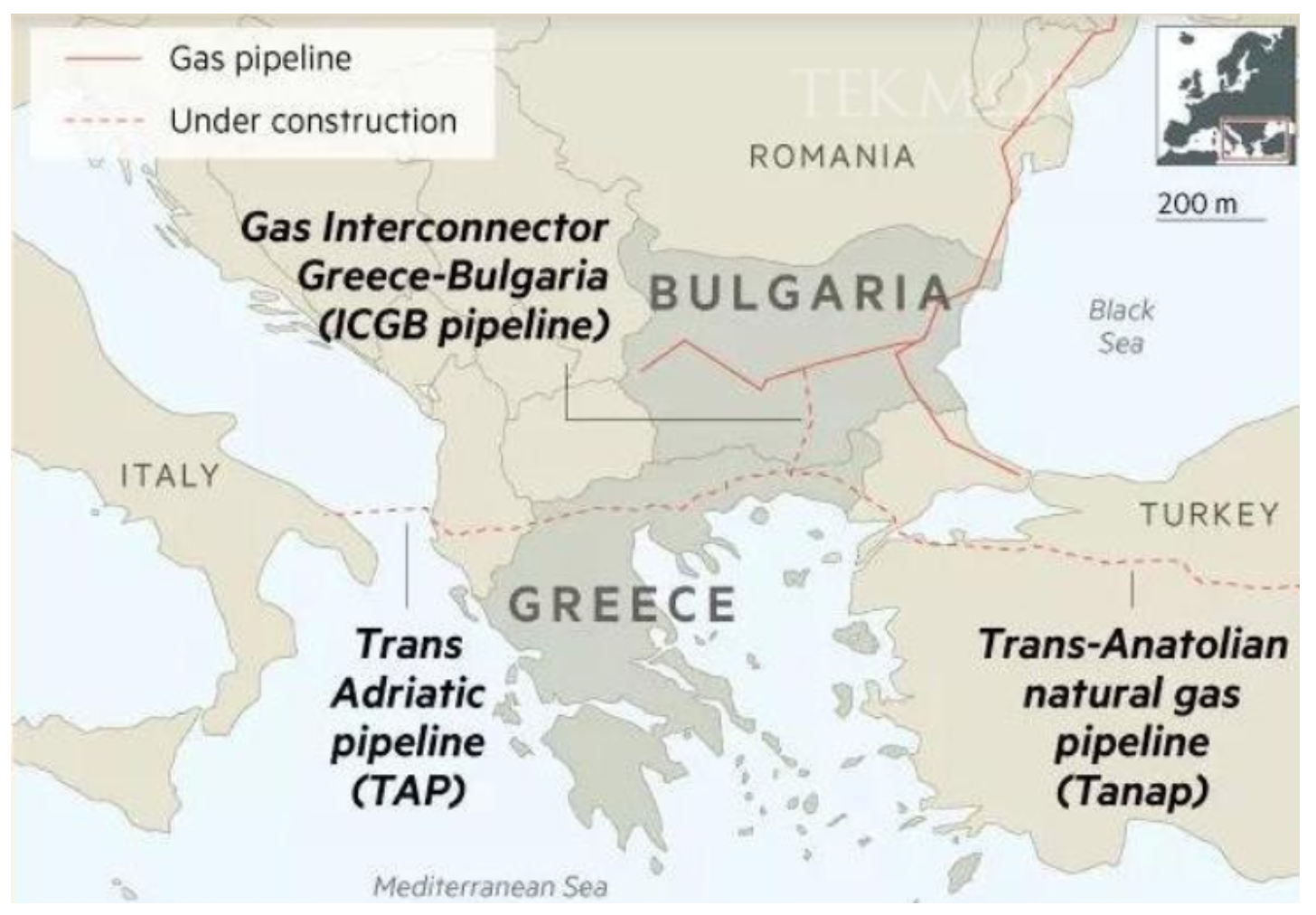 On May 14, 2019, the operator of the future Gas Interconnector “Greece-Bulgaria” (ICGB) – the international company “ICGB AD” announced the completion of a tender for the construction of a 182 km gas pipeline between Greece and Bulgaria with the capacity of 3 billion cubic meters  of gas per year.

The winner of the tender is the Greek company “J&P Avax SA”. The cost of construction works is EUR 144.85 million. The total budget of the project is EUR 240 million. Under the European Energy Program for Recovery, EEPR, the European Commission has already allocated EUR 45 million for the implementation of the Gas Interconnector “Greece-Bulgaria” project, Bulgaria has allocated EUR 149 million for this project, with an additional EUR 39 million allocated from other European grant funds.

According to the CEO of “ICGB AD” Konstantinos Karayannakos, works on the construction of the Gas Interconnector “Greece-Bulgaria” will start at the end of May 2019. According to the schedule, the gas pipeline will be commissioned in September 2020. K. Karayannakos stressed that the project aims to ensure Caspian gas supplies from Azerbaijan to the countries of the Balkan region.

According to K. Karayannakos, a memorandum of cooperation was signed between  “ICGB AD”, Gas Interconnector “Greece-Bulgaria”,  and “Trans-Adriatic Gas Pipeline” (TAP) in 2009.

Initially, the pipeline will operate in the direction from Greece to Bulgaria. In the second phase (after 2020), with the development of gas market in the region of Southeast Europe, it is planned to expand the pipeline capacity to 5 billion cubic meters of gas per year and to provide the possibility of reverse pumping of gas (in the direction from Bulgaria to Greece). K. Karayannakos noted that the project is part of the EU gas market integration strategy, which also includes “Bulgaria-Romania” and “Romania-Hungary” gas interconnections.

According to “SOCAR Balkan” CEO Murad Heidarov, the Balkan region is an important consumer market for the company. The supply of natural gas to the Balkans is an important part of the strategy for the entry of the Azerbaijani company “SOCAR” into the EU gas market. The accession of the Gas Interconnector “Greece-Bulgaria” to the “Trans-Adriatic Gas Pipeline” is only the first step towards the supply of Azerbaijani gas to the Balkans. In the future, in addition to gas supply, “SOCAR Balkan”, together with “Bulgartransgaz EAD”, will work on the development of domestic gas networks and gas storage facilities in Bulgaria.