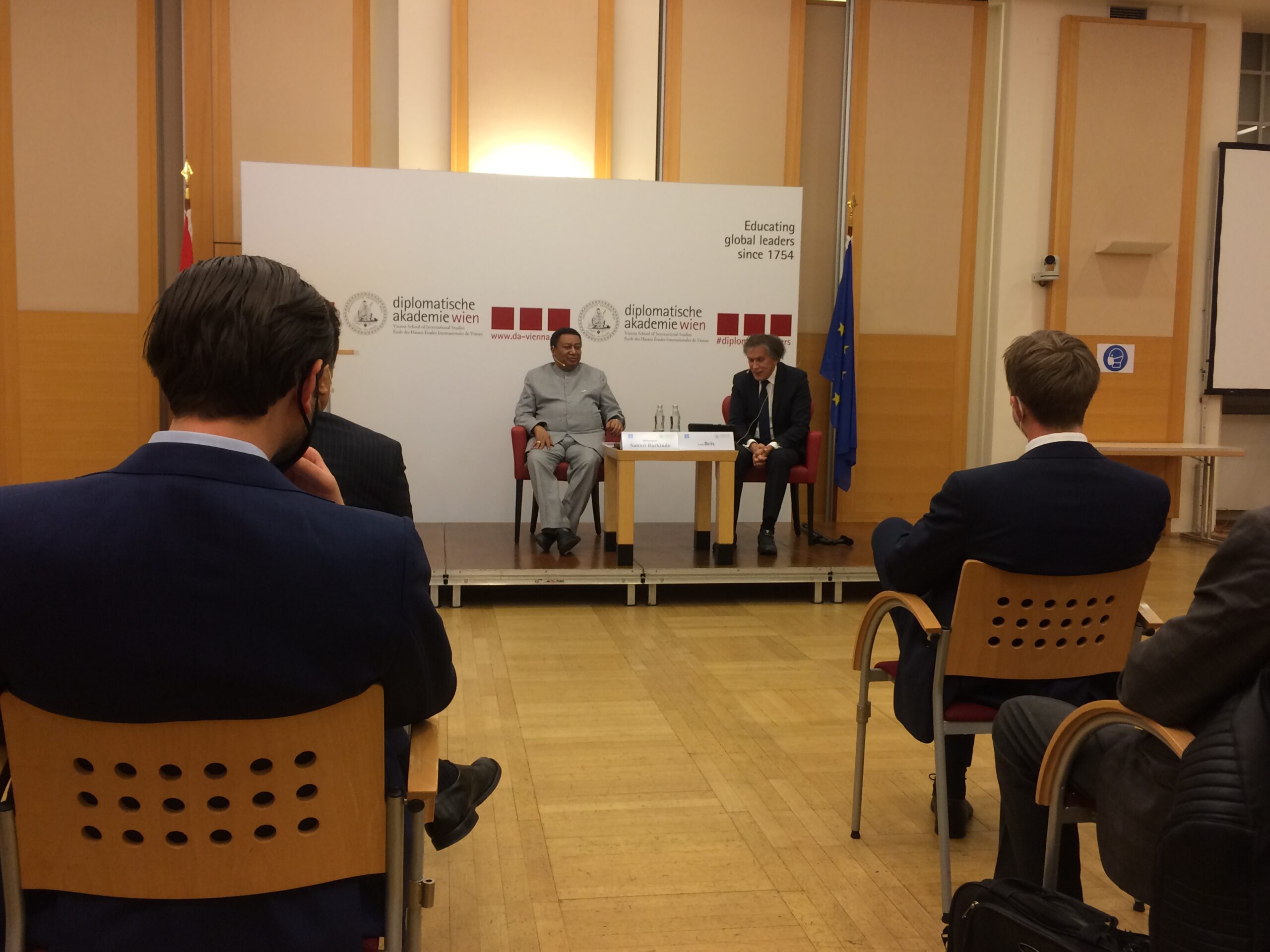 Cepconsult attended the unique event – His Excellency Mohammad Sanusi Barkindo, Secretary General of #OPEC delivered today a public lecture, hosted by the Diplomatische Akademie Wien, to discuss the role of the Organization in the energy transition.

It was moderated by Emil Brix, Director, Vienna School of International Studies.

During the event, a discussion took place on the topic of the complex problems of the modern hydrocarbon industry: the need to harmonize the present and future needs of mankind in energy and the possibilities of meeting them from fossil and alternative sources, support for new technologies for the decarbonization of the oil industry, the impact of the oil business on the global economy.

#OPEC SG praised the role the Academy has played since its founding in promoting diplomacy and multilateralism. “The Diplomatic Academy of Vienna is one of the world’s foremost academic institutions that has trained generations of distinguished diplomats,” he stated. #HEBarkindo said: “The Academy has fostered strong relations with the community of International Organizations in Vienna, including OPEC.”