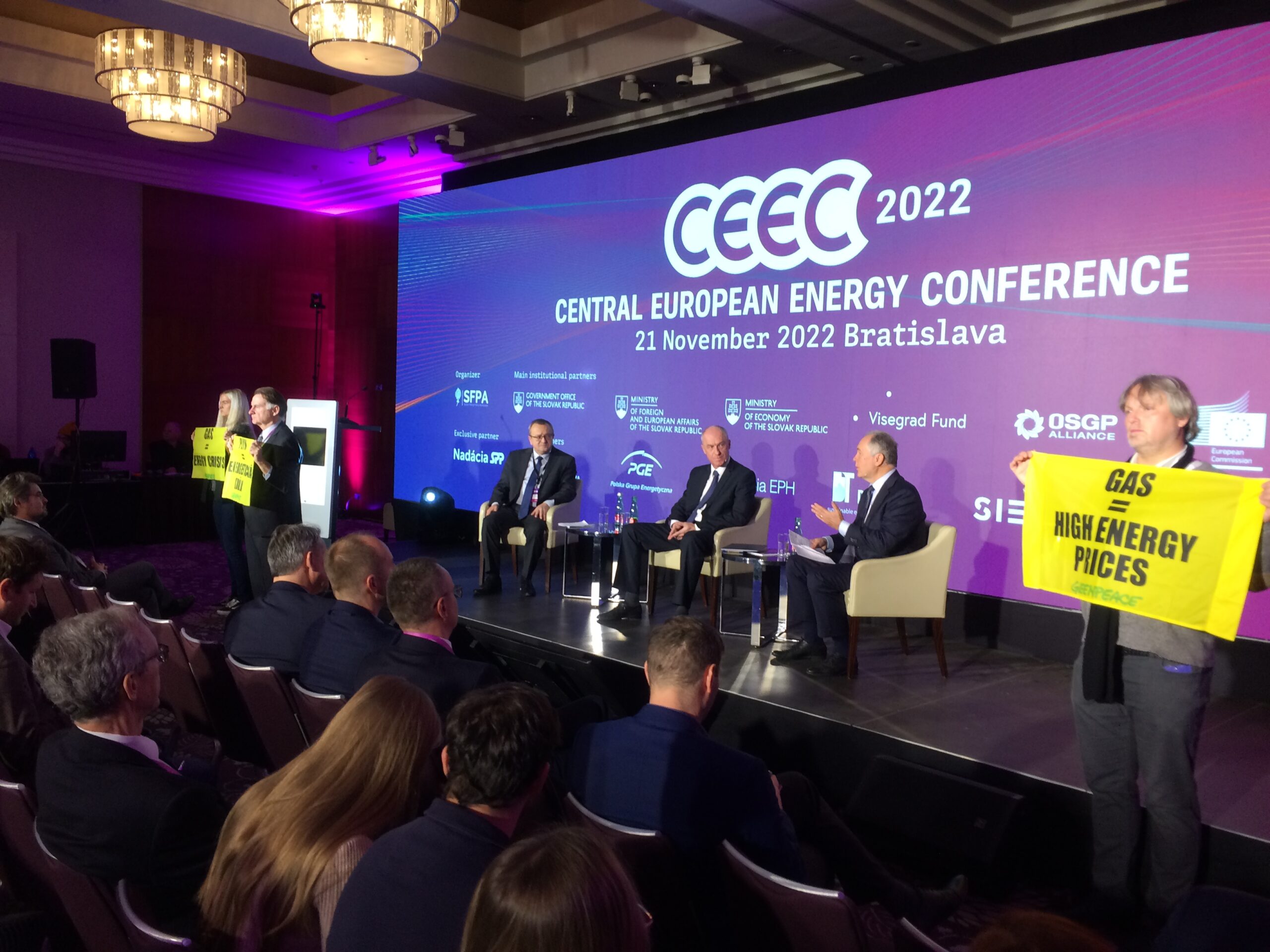 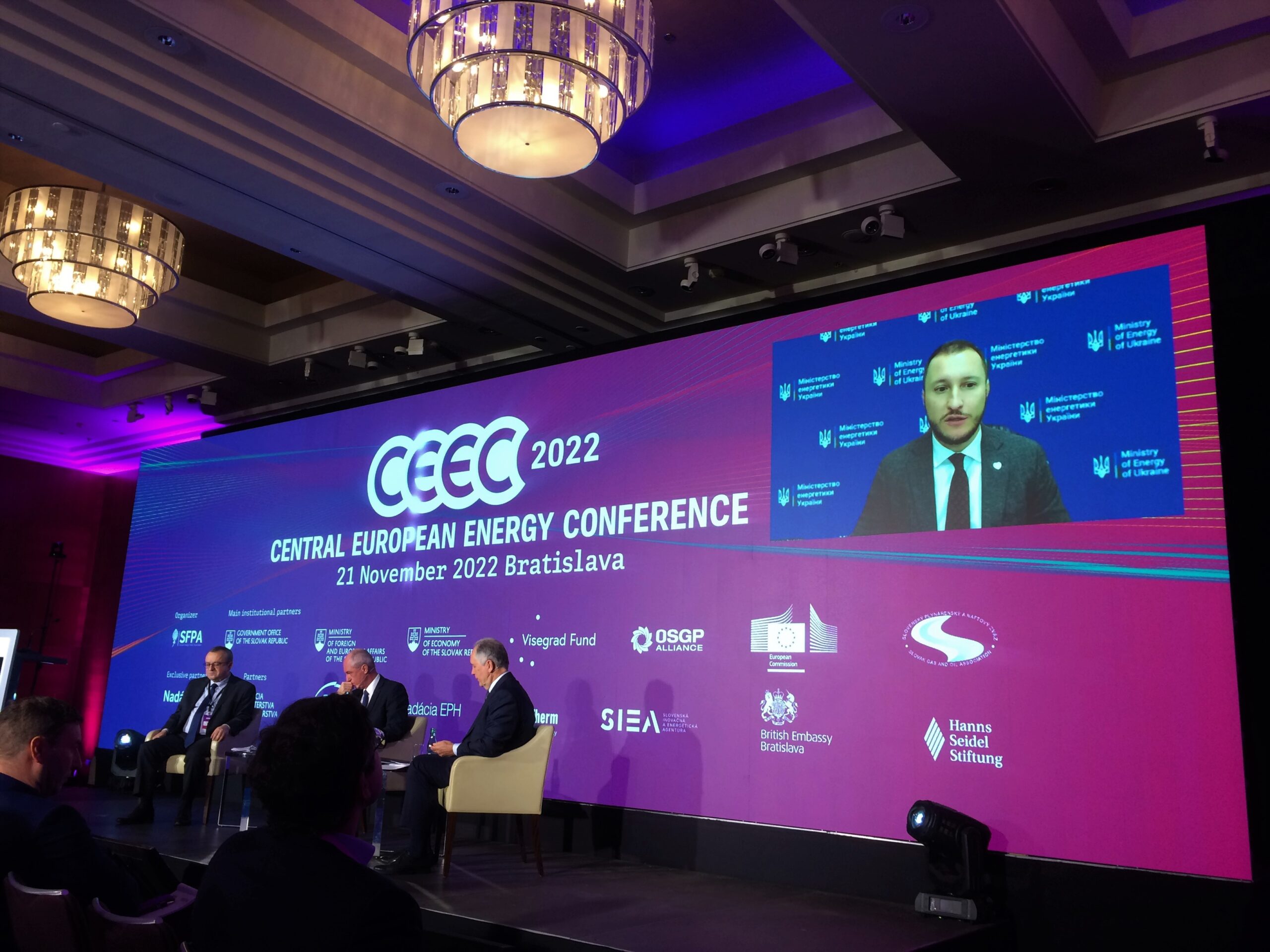 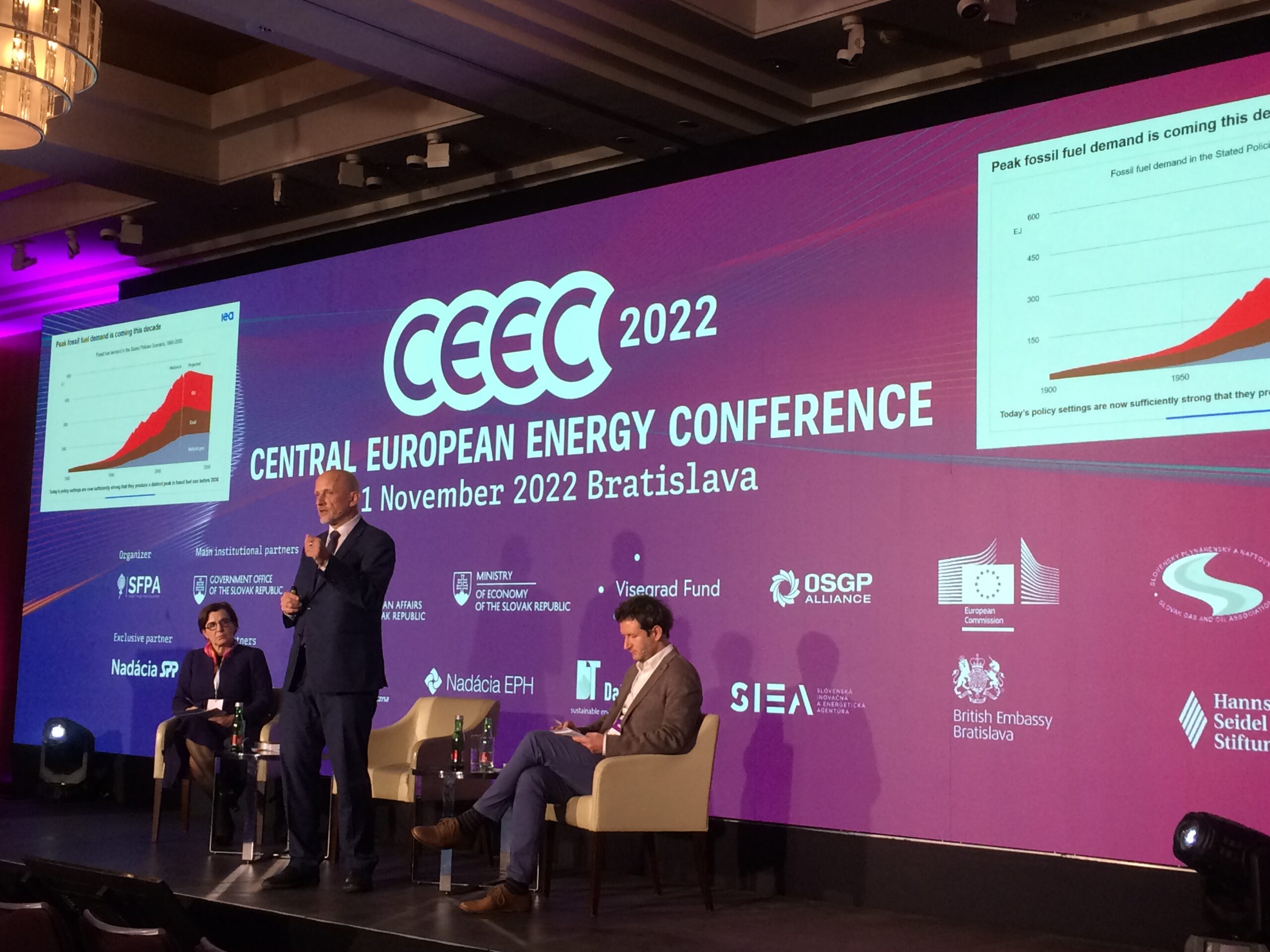 On November 21, 2022, Cepconsult in Bratislava took part in the annual international event “Central European Energy Conference”, organized by the Slovak think tank “Slovak Foreign Policy Association” (SFPA) together with the Ministry of Foreign Affairs, the Ministry of Economy and the Office of the Prime Minister of Slovakia.

During the conference, representatives of the European Commission, relevant ministries of Slovakia, the Czech Republic, Hungary, Poland and Ukraine, expert organizations and energy companies of the region discussed issues of energy security in Europe in the context of large-scale armed aggression of the Russian Federation against Ukraine.

The speech of the Deputy Minister of Energy of Ukraine for European Integration, Yaroslav Demchenko, regarding the operation of the energy system in the conditions of Russia’s continuation of massive attacks on energy infrastructure facilities attracted considerable attention. The Minister of Economy of Slovakia, Karel Hirman, emphasized that Slovakia is ready to provide assistance to the Ukrainian side with materials and equipment for carrying out repair works.

Serhiy Pereloma, Acting General Director of JSC “Ukrtransgaz“, the company that operates underground gas storage facilities, suggested that Europe overcome the gas crisis with the help of Ukrainian UGS, which reach 14% of the total capacity of the EU UGS.

According to the assessment of the conference participants, the current heating season in Europe will be difficult, but the biggest problem of this energy crisis will be preparation for the next winter.